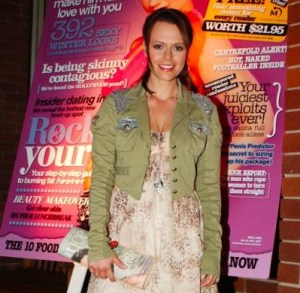 Former editors and staff have mourned the loss of Cosmopolitan magazine with Bauer Media axing the publication after 45 years on Australian shelves.

The magazine played a pivotal role in young women's lives pushing the boundaries around sex, women's rights and relationships from its launch in the early 1960s.

It boasts Zoe Foster Blake and Mia Freedman among its alumni and its former editors, such as Bronwyn McCahon and Sarah Wilson, are still prominent in the media industry today.

Freedman, co-founder of Mamamia, took to Instagram to reflect on the closure of Cosmo. As the editor of the magazine between 1996-2005, she said she warned Bauer bosses at the time that "winter was coming" for women's print media. 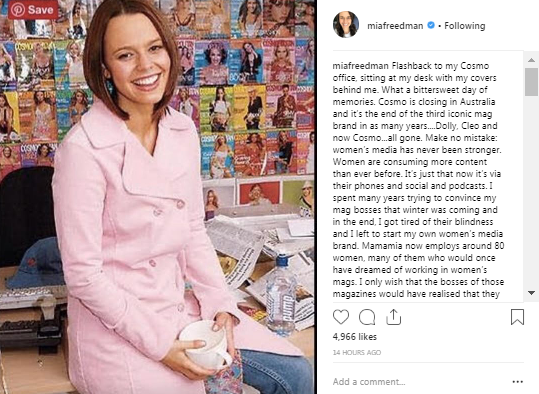 Mia Freedman said she got "tired" of Bauer's blindness

"Cosmo is closing in Australia and it’s the end of the third iconic mag brand in as many years....Dolly, Cleo and now Cosmo...all gone. Make no mistake: women’s media has never been stronger. Women are consuming more content than ever before. It’s just that now it’s via their phones and social and podcasts," she said.

"I spent many years trying to convince my mag bosses that winter was coming and in the end, I got tired of their blindness and I left to start my own women’s media brand. Mamamia now employs around 80 women, many of them who would once have dreamed of working in women’s mags. I only wish that the bosses of those magazines would have realised that they weren’t just mags, they were brands."

Freedman said it is sad these titles, including Cleo and Dolly, were "allowed to varnish" and sends her thoughts to the 11 people whose jobs have been impacted. 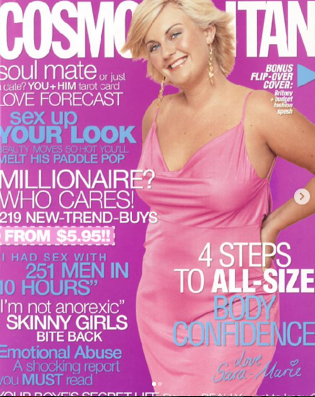 Freedman shared this cover of Sara Marie, which she said almost got her fired

Zoe Foster Blake, who was beauty editor of Cosmo, said the magazine was her "first real understanding of sisterhood" and credited the publication for changing her life.

"For a host of reasons I was pretty insecure and threatened by women up until then, but being thrust into the fold of 30 or so funny, talented, supportive, driven women did phenomenal things for me as a person, and directly contributed to my current career of playing with, supporting, making stuff for, and writing things to, women," she wrote on Instagram.

Ex-editor Bronwyn McCahon, who worked at Cosmo from 2006 to 2016, said "a little piece of her heart died" when she read the news.

"I met some of my best and closest friends during those years at Cosmo and feel so lucky to have worked in the industry at a time when magazines were at their greatest. The women (and occasional man) I worked alongside at ACP/Bauer were phenomenally influential in my life as were my beloved Hearst family. We broke records, we fought for equality, we preached body love, we celebrated the sisterhood and we had a bloody good time," she wrote on Instagram. 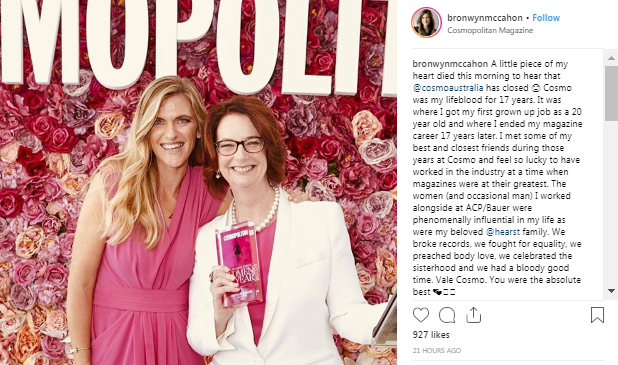 Julia Naughton, who worked at Cosmo between 2012-2015 and is now the acting editor of 9Honey, said she was "heartbroken" the magazine was closing.

"It truly was a special time and my heart is hurting for the team today who will say goodbye to a brand that was so easy to live and breathe every single day," she shared on Instagram.

“There’s a really interesting view that somehow we are here to provide a social service. The reality is we’re here to make money and if we can’t make money out of our magazines, we’ll sell them or we’ll close them,” he said, in an in-depth interview.

“We have an obligation, whether that’s a public company or private company, to make money for shareholders. If it doesn’t make money, why would we do it?”

The December issue of Cosmo will be its last in Australia.