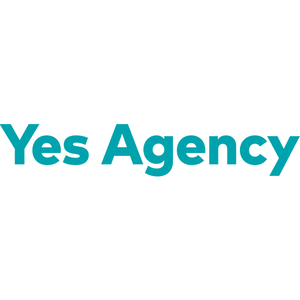 Optus has launched an in-house creative agency in collaboration with M&C Saatchi's brand consultancy Re.

The shift is just one of a number of changes to its agency arrangements. Optus is currently reviewing its digital customer communications roster in a move that could impact The Works and AKQA, and separately With Collective recently resigned the account to work on Foxtel.

Yes Agency has been running for three months out of Optus' Macquarie Campus, however neither Optus nor M&C Saatchi would clarify how Re is involved in the agency, only stating Re is a "creative agency that we work closely with".

"At Optus, we're continuining to build our internal capabilities and we utilise the expertise of our creative agency roster to help us do so," an Optus spokesperson tells AdNews.

On LinkedIn, Yes Agency is described as "one team from product development to to creative execution".

"This close collaboration sets us apart from external agencies. It enables us to deliver experiences people genuinely want in a way that inspires and excites," Optus says on LinkedIn.

"As Optus forges ahead, we’re building a team that can challenge preconceptions and limitations to produce the best work around. Get this right and we’ll reach our goal of being the most impactful internal creative agency in the region, for our people, partners and community."

To serve changing client demands and needs, M&C Saatchi set up a bespoke agency for Woolworths last year. It has found success with the standalone offering staffed jointly by M&C and Woolworths, but AdNews understands Yes Agency is a different set up again.

Of the 12 staff listed as working at Yes Agency on LinkedIn, 10 join from Optus' team and others join from OMD and Medium Rare. David Sutherland is listed at the agency's general manager, previously holding roles at Landor, Re and Interbrand.

M&C Saatchi once led Optus' creative, and Re was responsible for the 2016 rebrand, which introduced the 'Yes' brand identity. In the 2015/16 pitch, Optus appointed a roster of six agencies including Big Red, M&C Saatchi, The Works, Emotive, With Collective and AKQA.

It also later appointed Octagon and We are Social. M&C Saatchi was part of the roster but many saw it as cannibalising the agency's stronghold on the account.

Since the roster was appointed, multiple sources tell AdNews the relationship has been tense. In the last month many close to the business have speculated that M&C Saatchi had been removed from the roster or at least had their share of the account dramatically scaled back.

AdNews understands M&C Saatchi's main advertising agency, no longer works with Optus, but the group is actively working on a number of projects for the brand across its divisions, but M&C nor Optus provided any further detail.

M&C Saatchi and Optus' most famous recent work was its 2015 Clever Buoy project, which won a number of awards.

In the last 18 months, Optus' most prolific advertising has come from The Works and Emotive, such as recent campaigns starring Cuba Gooding Jr and the big 2016 push with Usain Bolt.

Re has undergone its own changes this year, moving out of the M&C Saatchi building into the Bohemia offices in Redfern. Today, it announced the hire of two creative directors, a head of strategy and a managing partner.

Have something to say on this? Email lindsaybennett@yaffa.com.au