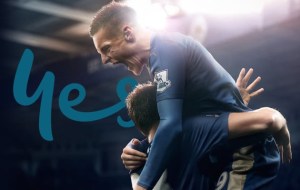 Optus is reviewing its digital customer communications arrangements, in a move which could see more agencies added to the telco’s already cluttered roster.

The review is understood to be part of a statutory process enforced by Optus' parent company SingTel.

Optus tells AdNews it is currently in the middle of a tender process for its digital customer communications, but it does not affect the creative roster.

In January 2016 Optus appointed a roster of six creative agencies after a protracted pitch process that lasted around six months. Big Red, M&C Saatchi, The Works, Emotive, With Collective and AKQA each took on a segment of work.

UM was also named its media agency. It later added Octagon to the roster to handle marketing and sponsorship for its growing entertainment and sport business and appointed We Are Social to handle social for its SMB division.

Optus would not disclose which agencies are involved at this stage, but it’s thought the current tender process could see additional agencies added to the list, or that agencies currently on the roster could expand their remit.

Of the creative roster, The Works, AKQA and With Collective have a digital, data-led focus that could position them to take a lead on digital customer communications.

None of the agencies contacted by AdNews were available to comment.