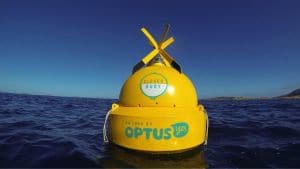 The Sydney agency's campaign for the Optus shark detection system recently took the Cannes Festival of Creativity by storm, taking out the rare Titanum Lion and a coveted Gold Lion in the mobile category earlier this year.

The Bondi Rescue appearance was a teaser ahead of the system being trialled for the first time on Bondi Beach, possibly by December.

The Clever Buoy uses new solar technology to detect shark-sized objects in coastal waters and transfers that information to a satellite.

A text message or alert is then sent to the lifeguard on duty. An Optus spokesperson said while the system is still in testing phase, trial runs have been conducted in Sydney Aquarium and other confined waters.