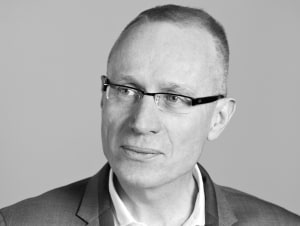 News Corp global CEO Robert Thomson is calling for a review of the algorithms that define what content is shown on the major tech giants, including Facebook, Google and Amazon, and how they impact publishers' revenue.

In an opinion piece on The Australian, Thompson floats the idea of an “Algorithm Review Board’ to hold the three dominant algorithms to account and ensure greater transparency within the industry.

He opens his piece by describing the current climate for news media as “the best of times and the worst of times”, adding there is no lack of material for news but there is a lack of revenue for those who report and edit news.

He says while other industries are forced to be transparent and disclose how their business' work, the tech giants are operating under a cloak of secrecy.

“Clothing labels are often synthetic screeds, in multiple languages, to ensure compliance. And yet the powerful, mind-altering, behaviour-shifting, mood-changing algorithms are allowed to work their invisible alchemy on our personalities and our societies and our young people,” he says.

He also calls out Facebook’s intention to prioritise trusted publishers, which it announced earlier this year, questioning who determines the level of trust. Facebook launched the initiative following global backlash of its algorithm update that saw it deprioritise content from publishers.

Google was not safe from Thompson's rant, despite the industry warming to the tech company in recent months, addressing “chaotic” patterns in its traffic, which impacted the WSJ in February and was classified as a “bug".

“Google, which has actually become more responsive under Sundar Pichai, has been tweaking its algorithm in ways that seem to be a mystery to even the company itself,” he says.

“At the end of the prejudicial “first click free” - which we certainly applaud, as it punished professional journalism - there were extremely odd traffic patterns across our sites.”

Moving onto Amazon, he says the e-commerce giant can “reward or punish” companies with a tweek or a turn of its algorithm.

“In the US Amazon has over 95% of the audio book market, and doubles as a publisher of books itself. In the language of an antitrust commissioner in Brussels, they dominate a horizontal and are thus able to ¬manipulate a vertical containing their own products,” he says.

“Such dominance is clearly in need of scrutiny and that scrutiny can only come from a rigorous assessment of its algorithm.”

Thompson says we must reconsider the ecosystem that has "punished the creators and profited disproportionately the distributors" and let fake news flourish.

“There is obviously a need for an Algorithm Review Board in our area of news, but also to track the intended and the unintended psychological and social impact of pervasive platforms," Thompson says.

"If the imperative of an algorithm is to be irresistible, when does irresistibility become irresponsibility?”

His impassionated plea to the industry coincides with the release of the latest NewsMediaWorks research, which shows news media readership is rising 4.7% year-on-year.