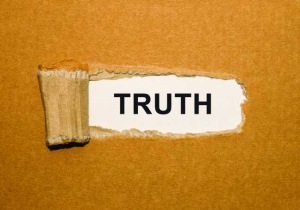 Fake news has been a blight on media over the past two years, but there are signs that trust in media is bouncing back.

Trust in media is on the rise, according to the latest Edelman Trust Barometer, which found an unprecedented 10% jump in trust in media among the informed public.

Edelman defines the informed public as college educated people whose income is in the top quartile, and actively engage with news media and public policy.

The segment makes up 15% of the total survey base or more than 30,000 people around the world.

Edelman Australia managing director Steven Spurr tells AdNews: “The informed public, by their very nature, are more engaged with the media, are more aware of media sources, their knowledge of fake news is better and they know where to go for the right information. So the informed public, are quicker to go back traditional media and they know where to go to.

“The average Australian, is still exploring their information for multiple sources and are just really starting that journey of realising what’s fake.”

The informed public tends to lead the wider population by a year or two, says Spurr, which sends a strong signal for media.

“Traditionally we tend to see a two year follow on, but more recently it has condencensed into one year,” Spurr explains.

“The general population are getting there very quickly [on fake news] so I think they're going to be there by next year.”

Speaking at the launch of the report in Australia earlier this year Spurr said: “Australians are starting to understand the flow of media and news. They are veracious for veracity, in a way we didn't see last year but also, more than ever, the Australian public is seeing the business of the media and the impact of public redundancies at News Corp and Fairfax, or the struggle at Ten.”

A troubling stat from the report is that 65% of the general public are not sure what is true and don't know how to tell, and 67% of Australians worry that fake news is being used as a weapon of propaganda.

"The difference is this year is that people know they don't know,” Spurr comments.

Speaking more broadly about its survey findings, Spurr says: "On the surface, trust appears stable, but behind that there is real volatility," he says.

There are signals that the public is "adjusting to a world of distrust", he says adding that in 2017 "trust in all institutions continued to fall and sunk ever lower into a place of distrust."