Google is becoming a friend to publishers, but Facebook remains a foe 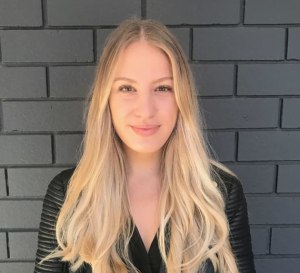 The new partnership between Fairfax and Google is the first sign of a thawing relationship between publishers and the technology company.

Google seems to be driving positive monentum in its relationship with publishers, first by putting an end to its controversial First Click Free model, which required publishers to allow a minimum of three articles for free via Google Search and Google News.

Since then, News Corp CMO Tony Phillips has told AdNews that the business immediately saw uplift in subscriptions, which have now increased by triple digits.

Google also unveiled plans to share revenue with publishers who take advantage of its new subscription tools, using its machine learning know-how and vast collection of user data to find potential new and renewing subscribers, and take a cut from sales when people take action.

Unlike ads, Google wouldn't take up to 30% of the money; instead allow a more generous revenue share.

Google’s efforts have seen it creeping closer into friend territory with publishers, despite brand safety issues on YouTube, whereas Facebook seems to be still seen as a foe in the media landscape.

Earlier this year, Fairfax and The Guardian ended their trials with Facebook’s Instant Articles format after lack lustre results.

News Corp never got on board with Instant Articles as it didn’t view the revenue share model as a fair deal.

A top exec at Fairfax recently told me the publisher is hesitant to get back in bed with Facebook until it can show it's worth Fairfax's while.

Facebook's also making efforts to get advertisers and publishers on board with its initiatives, like its small business marketing push. It also launched a trade campaign this year as an effort to better connect with marketers.

News Corp's senior leadership has been outspoken against the digital duopoly in the past, and are particularly anti-Facebook. News Corp COO Damian Eales has said that Google deserves some applause for it efforts this year.

“We haven’t participated with Facebook’s trials for premium content on the basis that we don’t think they’ve gone far enough to solve the problems that are inherent in their platform,” he tells AdNews, in an interview for an upcoming profile.

Usually a move made by Fairfax is followed by News Corp, and vice versa, so I wouldn’t be surprised if News Corp is next to partner up with Google.

Not only are Google introducing new solutions for publishers, but a study released this week by digital analytics company Parsel.ly revealed it has a greater impact on traffic than Facebook.

The research revealed Facebook sent 25% less traffic to publishers this year, while Google increased its traffic referral by 17%.

This could be due to a number of factors such as the declining importance of Facebook’s Instant Articles, a tweak to the Facebook algorithm that continues to see organic growth drop and publishers’ favouring Google’s Accelerated Mobile Pages.

Today is a small victory for a year's worth of effort fr om Google on the publishing front, but relationships are still strained from its brand safety sagas this year.

While Google is viewed more favourably than Facebook, it’s clear they both still have more to do.