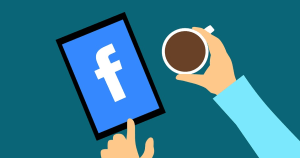 In one instance, another brand saw its engagement reduce by half, usually attracting an audience of 1000, and now only reaching 500.

In both cases, the information was shared confidentially with AdNews as client contracts restrict from sharing private data.

Staff members at three digital agencies approached by AdNews confirmed they are in the process of overhauling their social strategies for clients and preparing for declines on Facebook.

Crisis meetings were called at some agencies.

When the news hit, it was reported as a “nuclear bomb” for publishers. But in light of the latest information, it could be brands that are hit the hardest.

AdNews is yet to see the full impact of the update on its own Facebook page and hasn’t experienced a decline yet.

See: Publishers push own assets in wake of Facebook shake-up

GroupM head of digital investment and partnerships Venessa Hunt says while this change will be challenging to navigate over the next few months, it will likely have greater impact on the publishers than brands, as brands have more flexibility to reach audiences in different ways and often have less reliance on Facebook as an organic reach driver than publishers.

"Following the News Feed update from Facebook, I hope that publishers will look at diversifying their content distribution strategy," Hunt says.

"If you rely on one platform as the sole place to distribute your content and that platform makes changes, you are at the mercy of other person's rules."

She also noted there is less correlation between a brand’s immediate reach and revenue impact, in comparison to publishers, which often sell on the size on their audiences.

However, for brands such as Adidas and Asos, which have moved a majority of ad spend into digital channels, the drop in Facebook audience could have a detrimental impact.

He compares the News Feed update to the 2014 Instagram bot purge, which removed millions of fake Instagram accounts.

“This is Facebook’s attempt to clean up the platform and a chance for brands, especially small businesses to go back to doing the simple things well," he says.

“If it’s engagement they are looking for, interact with your followers, answer questions and start conversations. Don’t just watch the likes decrease and throw more money at it. Improve them by being an account people want to interact with.

“It could be seen as Facebook pulling in the reins on the monster they created and fixing the paid for reach problem they have."

Will brands backflip to publishers?

As brands seem to be the most impacted by the move, a top exec at a large media company predicts they will move away from creating their own content and instead, increase their spend with reputable publishers.

This could have a serious impact on social media and PR agencies, who have previously assisted in the creation of branded content.

"There's a lot of crap content out there. Zuckerberg knows it and if brands are honest with themselves, they know it too. That content will be deprioritised and marketers are going to have to do their job better," he says.

He revealed that within his business they are currently strategising how to reach the top of the new News Feed, as well as target brands that may now struggle to reach a large audience.

"Previously, people said let's go the BuzzFeeds of the world to get reach. But now, not just Zuckerberg is waking up to the issue with this, but advertisers are waking up to the fact that time well spent is a better metric.

"Zuckerberg and advertisers realise a highly engaged audience compared to anonymous traffic is a better place to be than the dark depths of the internet."