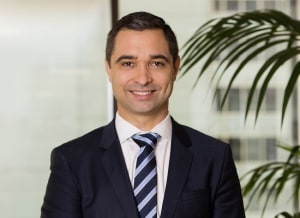 MediaCom chief executive Sean Seamer will depart for a role at Supercars.

AdNews understands Seamer will not begin the new role at the touring car racing business for at least six months while a global search is under way for his successor.

Seamer was chosen as the Supercars CEO from 'a high calibre' list of candidates and has a remit to build the domestic and international success of Australia's premier racing business.

Seamer had been within the GroupM network for 14 years in total and took over as MediaCom Australian and New Zealand chief executive two years ago when the media agency was still reeling from a reporting irregularities scandal in 2014. At the time he joined, in October 2015, MediaCom had been without a CEO since Mark Pejic exited in June and joined IPG Mediabrands in Melbourne.

In 2015 speculation had been swirling around who would take over the role, with many believing it to be an undesirable role to take on. It was thought to be a tough gig with a lot of work to rebuild its reputation and to kickstart new business after an exodus of clients this year. Others opined that whoever took it on would have nowhere to go but up.

The agency's former clients IAG and Foxtel, which were both embroiled in misreporting, moved their accounts out of MediaCom and into sister agency Mindshare.

Seamer is widely credited for helping turnaround the culture, organisational structure and fortunes of a business that had struggled to get onto pitch short lists to one that recently won the highly coveted $90 million Victorian Government media account.

Other notable account wins and retentions under his watch include Mars, News Corp's digital work, Uber and Carnival Cruises. A major recent loss was Carlton United Breweries to PHD.

He has also shored up the agency's leadership, including the key appointment of Willie Pang as Melbourne boss.
Seamer was one of the first names considered for the AdNews top 10 Media Agency CEO list as acknowledgement of the success he has achieved under difficult circumstances.

“I’m very thankful for all the opportunities that MediaCom has provided me over all these years. I’ve been fortunate enough to travel the world with them and have built life-long friendships as a result,” Seamer said.

“The business has a strong sense of purpose and a fantastic culture to continue to build on. We have done an amazing job over the past two years and have strength and depth of talent in all offices which I’m sure will continue to grow.”

GroupM chief executive Mark Lollback paid tribute to Seamer's leadership and said MediaCom is in the strongest position it has been in for five years as a result.

“The work that the leadership team has put in over the past 24 months is outstanding, and while we are naturally disappointed to see Sean leave to pursue his passion, the fundamentals of the business are strong and so is the leadership team that has been built," Lollback added.

“The platform is there for many more years of success and I look forward to working with MediaCom to unlock that success. I would also like to thank Sean for his leadership and contribution to rebuilding MediaCom in Australia and wish him all the very best in his new role.”

The Virgin Australian Supercars Championship is Australia's premier racing
competition and airs on Foxtel and Ten.

"Sean brings many great qualities which will allow him to build seamlessly on the foundation built by James and the management team," he added. “As importantly, he has a passion for and deep understanding of the sport.”

“He is genuinely passionate about our sport and we are very pleased he will continue the momentum built in recent years.”