Mars to hand media buying to MediaCom after global review 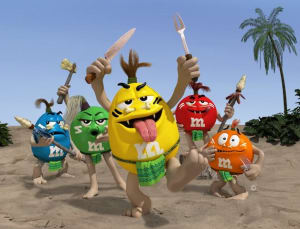 Confectionery and food giant Mars will hand MediaCom its media buying duties, winning a review with incumbent Starcom and OMD in a global media review, AdNews can reveal.

MediaCom already handle media planning, which it won globally in December 2014, and will now takeover buying after a global review to further consolidate media duties in most major markets outside of the US.

Several industry contacts have confirmed the move is due to be rubber stamped this week but the agencies involved declined to respond to AdNews requests for comment at the time the article was published. AdNews was chasing a response from Mars at the time of writing.

In Australia, Mars spent $30.7 million on media in the past 12 months, according to Nielsen figures, although total billings is believed to be much closer to $50 million when media not monitored by Nielsen is added.

Mars is made up of four core divisions: Chocolate, including brands such as Twix, Galaxy and M&Ms; Food, including Dolmio, MasterFoods, Uncle Ben's and KanTong; Pet Care, including Whiskas, Royal Canin and Pedigree; and Wrigley, made up of brands such as Extra, Orbit and Starburst (see some of the brands below). In Australia, Mars Food includes KanTong and MasterFoods, making it a much larger sub-brand than in other markets.

After the article was published, Publicis Media COO Chris Nolan said Starcom is proud of the 15-year relationship it has had with Mars and wishes the business well in the future.

"I would like to thank the team at Starcom that have worked hard on the Mars business, with many globally recognised campaigns, including Pedigree 'Adoption Drive', Mars 'Strauchanie' and Twix 'Pause' – all recognised with silverware from Cannes, as well as the more recent work for My Dog 'My' and Pedigree 'Feed the Good'.

"In addition to this, we created and developed Mars's now global 'cost per reach' methodology, and we were a three time nominee in the Mars Commercial Awards for Maximising Value for Money​, as recent as last month. In 2012, Starcom was recognised with the ultimate award as the Mars 'Supplier of the Year'.

“Starcom is proud of its 15 year relationship with Mars and the work we have pioneered in Australia that has been adopted globally to drive Mars's growth."

There has been a flurry of media account movements in recent weeks. GroupM agency Mindshare has picked up new clients, including Ikea, Bupa and Quick Service Restaurants, while MediaCom won the consolidated News Corp media account and extended its relationship with Carlton United Breweries.

Maxus picked up Mirvac Residential and Havas has also won a handful of new clients.