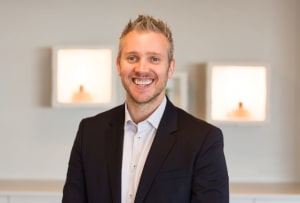 MediaCom has promoted Ben McCallum to general manager of its Sydney operations. McCallum has been MediaCom's head of The Entertainment Division for the past two years.

In his new role he will be charged with leading the Sydney office and overseeing relationships with clients and service providers.

“Ben has played a leading role in revitalising MediaCom Sydney. His focus on culture and clients has seen he and his team have a fantastic 12 months and his promotion is very well deserved,” MediaCom Australia and New Zealand CEO Sean Seamer said

“We’re confident he’s going to do even more great things for us and our clients as he steps into the role of our Sydney GM.”

MediaCom has made a raft of senior appointments in the past year, including relocating Willie Pang down south to lead the Melbourne office. The agency also recently won the Victorian Government media account, but lost long-term client Carlton United Breweries.

McCallum's promotion to GM is effective immediately and he will report in to Seamer.

“I can honestly say that I have learned more about what makes a strong and successful team in the past 12 months than I had in the previous 14 years of my career,” he said.

“My commitment as GM will be to provide excellent client service and also to continue the culture of putting our people first. I’m looking forward to leading a group of very talented people and I’m excited for what the future holds for MediaCom Sydney.”