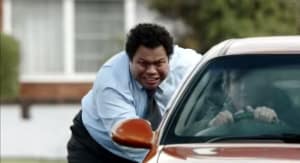 Insurance Group Australia (IAG) has moved its $30 million media account from MediaCom to fellow GroupM agency Mindshare, in the wake of a review into its arrangements, AdNews has confirmed.

The insurance group made the move after revelations about MediaCom overreporting TV results and charging clients on so-called “value bank” inventory.

However, IAG has elected to keep the account within the GroupM stable, saying that it “strongly value[s] the GroupM buying power”.

In a statement to media this morning, it said that it appreciated the open and speedy way MediaCom had dealt with the revelations and subsequent Ernst & Young audit on the issue.

IAG head of marketing and communications Jane Merrick said the company simply wanted to put the issues behind it now it had switched agencies.

“After a lot of consideration and due diligence, we have made the decision to move our media buying to Mindshare, a decision we have made with Mindshare, MediaCom and GroupM senior management,” Merrick said.

“We have had a strong relationship with MediaCom over the last five years and appreciate their openness and quick handling of the recent audit. We also strongly value the GroupM buying power, scale and investment in tools and technology.

“We are looking forward to putting the recent issues behind us, and know that Mindshare will be a strong partner to work with in the future.”

Mindshare has picked up its second account from MediaCom after the scandal which rocked the industry, with the agency also picking up the Foxtel account in wake of the scandal.

Mindshare will service the NRMA Insurance account in NSW, the ACT, and Queensland while picking up SGIO in WA and SGIC in SA.

Interestingly, one of the main beneficiaries of the switches in accounts from MediaCom to Mindshare could be STW Communications, with STW holding a circa 47.5% stake in Mindshare.