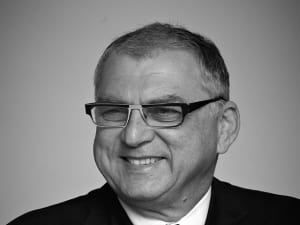 M&C Saatchi founder Tom Dery is stepping down as worldwide chairman of the network.

Dery, who founded the Australian office in 1995, will remain as chairman of M&C Saatchi Australia.

In his 19 year tenture at the group, Dery has founded the Australian, Asian and West Coast US businesses. He has been in the worldwide chairman role for nine years.

"Tom Dery is a legend in advertising and deservedly so. He is the creator of many highly successful and respected companies in our network. We are proud and privileged to have shared in his historic personal achievements,” M&C Saatchi co-founder Maurice Saatchi says.

Throughout his duration as worldwide chairman, Dery played an integral role in launching the campaign for ACRF on World Cancer Day and most recently spearheaded the global launch of AIME Mentoring.

“I’m delighted to be continuing to work with the Australian business and doing everything I can to assist Jaimes Leggett and his management team. The past nine years as worldwide chairman and thirteen years as Chairman of Asia Pacific have allowed me to establish and nurture some very dear relationships with our clients and people," Dery says.

Dery has sat on both the client and agency side in his career. Prior to M&C Saatchi, he was founding partner of The Campaign Palace, founder of Whybin Dery & Barnes (precursor to TBWA in Australia) and MD of DDB Melbourne.

In 2015, Dery became an Officer of the Order of Australia in the Queen’s Birthday honours list.

He will continue working out of the M&C Saatchi Sydney office.