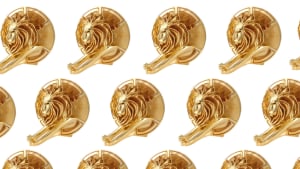 Australia was ranked fourth in the world and pulled in 71 awards at Cannes Lions last year. Saatchi & Saatchi's Land Cruiser Emergency Network for Toyota and Leo Burnett's Brainband for Samsung were two of the most awarded campaigns from Australia.

As adland’s finest fly to France for the festival that celebrates the very best in creativity, AdNews has taken a look at the most awarded Australia work of 2017 to compile 10 predictions of what could win big this year.

To no one’s surprise, TAC's Graham is expected to be crowned the king of Cannes this year after dominating at AWARD, D&AD and basically every other award ceremony in the first half of 2017. Some have speculated that Graham could even overtake the successful Dumb Ways to Die campaign to become the most awarded work of Cannes – ever.

Also from Clemenger Melbourne, Bond’s The Boys are returning to Cannes Lions for their second year. The new iterations of the campaign are tipped to take home another slate of gongs this year, with 72andSunny founder Glenn Cole awarding the work The Chairman’s Choice at AWARD.

Snicker’s Hungerithm, which made Snicker’s bars cheaper the angrier the internet through an algorithm, could be another winner for Clemenger Melbourne. Highly awarded at D&AD, AWARD and the Effies, Hungerithm is in with a good shot.

Just as M&C Saatchi’s Clever Buoy killed it at Cannes in 2015, Samsung’s augmented reality app Pocket Patrol is likely to pick up a few Lions this year. The surf safety product even made it into the top 25 Cannes Contenders released by Leo Burnett Worldwide.

Taking out top awards at One Show and D&AD, Reword could be a contender this year. The campaign aimed to change bullying behaviour by prompting internet users to reword their message or post.

An emotionally confronting film aimed to raise awareness of Parkinson’s Disease and prompt donations, The Hold follows the successful The Lucky One's campaign from JWT last year and is sure to stir up a lot of emotion this Cannes Lions.

Tiger Beer’s Air Ink campaign has already been shortlisted for an Innovation Lion. The campaign is the world’s first ink created from air pollution and was recognised at D&AD and One Show.

GPY&R Brisbane was the only Australian agency to score a finalist at the London International Awards last year for its campaign that provided stickers to be placed on bins to raise awareness of children on roads.

9. Google's Through The Dark - R/GA Sydney

A collaboration between Australian hip-hop legends Hilltop Hoods and Google Play Music, the music video harnesses mobile capabilities to capture a world turned upside down, as experienced by band member Dan Smith when his son underwent leukemia treatment. It took out a wood pencil at D&AD and could be a winner at Cannes.

Airbnb teamed up Clemenger BBDO Melbourne to ask Australians to show their support for marriage equality by wearing the symbol of marriage itself – a ring. Launched in April, the campaign hasn't been entered into many other award shows but is likely to be winning work at Cannes, already selling more than 70,000 rings.