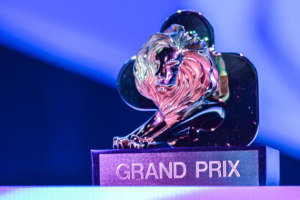 Entries into Cannes Lions have dropped a significant 21% this year from 41,170 entries last year to 32,372 this year.

This was despite an 84% year-on-year increase in the number of brands entering the awards and a 59% increase in media owners entering work.

The drop follows Publicis Group's year-long hiatus from the award's ceremony, which is calculated to have impacted entries by as much as 8%, despite having almost 400 entries in Cannes Lions this year, with clients and production companies footing the bill.

Cannes Lions recent overhaul also contributed to the decline, with the removal of 120 sub-categories across the award show estimated to have reduced number by 13%.

For the first time this year, agencies have also been capped in how many categories they can enter.

The overhaul drop followed backlash building about Cannes Lions, with many in the industry claiming it had become too expensive and lost its focus on creativity.

When Cannes Lions announced it would be shaking up the festival this year back in 2017, many Australian CEO's told AdNews the changes were long overdue and welcomed the update.

"Last year we made the decision to press the reset button on Cannes Lions. We closed three big Lion awards, and removed and combined many sub-categories. We did it knowing that this would mean a smaller volume of entries, but it was the right decision for the long term," Philip Thomas, chief executive of Cannes Lions and owner Ascential Events, says.

See: Clients weigh in on the value of awards

Cannes Lions managing director Jose Papa says it's a positive to see more brands enter the festival and it's a "confirmation of marketing leaders’ increased understanding of the value that creativity has on business and ROI".

Other trends in entries this year saw the Creative Effectiveness category continue to grow in popularity as well as the Craft and Glass categories.

Cannes Lions kicks off from Monday the 18th and AdNews will be on the ground bringing you the biggest news. Make sure you subscribe to our newsletter to get the latest updates.