Publicis has 400 entries in Cannes Lions despite ban 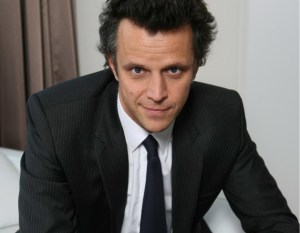 Publicis still has close to 90 staff at Cannes Lions next week and has almost 400 campaigns entered into the awards, despite a very public self-imposed exile.

CEO Arthur Sadoun stunned the industry when he announced last year Publicis would pull out of Cannes Lions this year to focus on its AI platform Marcel.

But today, Publicis has issued a statement clarifying its involvement in the festival of creativity after several reports questioned how the holding group was entering work into various categories.

Publicis says that clients and partners, such as production companies, are footing the bill for the 399 pieces of work entered into Cannes.

The only instance where it has gone against its ban and funded its own awards is in the case of BBH London’s ‘3 Billboards’ campaign, for Justice4Grenfell.

Despite cutting back on fees, the Publicis team will not be absent from the 2018 festival. 12 senior figures who have been invited to attend the festival as jury presidents at Cannes Lions' expense will be on the ground, as well as 12 staff who were invited to compete in Young Lions competitions and 25 employees who are attending as guests of clients and other industry partners.

Sadoun thanks clients for generously picking up the awards bill and his staff for supporting his decision to pause award entries.

“12 months ago, we took the decision to pause our investment in promotional industry events for one year. It was a difficult but necessary sacrifice at a moment when our industry is in need of radical change," he said.

"I would like to deeply thank our clients, whose commitment to creativity and to our relationship means we have been able to keep our promise that no work deserving to be judged this year would miss out. The investment they have made to ensure that what we are doing together is celebrated demonstrates their belief in our work and the creative value it delivers."

In response to Publicis' ban, as well as a wider industry backlash, Cannes Lions announced a major overhaul last November, which aimed to simplify and modernise the festival.

With AdNews on the ground at Cannes Lions as of next week, we will be reporting on how these changes have impacted the festival.