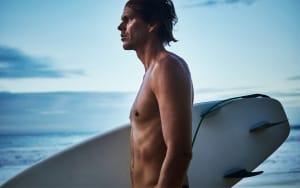 Leo Burnett Melbourne has defended its Fin for a Fin project as a “legitimate product”, following queries into the validity of the product after it was revealed it has been entered into Cannes Lions this year.

The project, designed in collaboration with Glide Fins, aims to save sharks from slaughter with a specially marked surf board fins that alert authorities to surfer’s wishes in the wake of an attack.

The campaign has been called into question due to the project not being linked to a paying client and the timing of its release looking somewhat opportunistic. With Cannes Lions only a few weeks away, concerns were raised to AdNews the project could be seen as a scam entry not a genuine product.

“It is the prerogative of the industry to question legitimate projects, but Fin for a Fin will make a real difference to a polarising problem and will survive long after Cannes," Williams says.

“Leo Burnett has integrity, this is real and a legitimate global initiative.”

Scam work at Cannes has tainted the creative industry year after year. Last year Grey Singapore was forced to pull a fake app and return its Bronze Lion. BBDO Brazil also gave back its Gold Lion after it emerged work for Bayer never ran.

You can buy the fins for $160 from this website

The Fin for a Fin product was developed by Leos senior creative and avid surfer Alex Metson, who would like to see the campaign put an end to the eye-for-an-eye mentality people have in killing sharks involved in attacks.

“It’s a project that doesn’t have a lot of money behind it so we are just building a base of surfers and trying to get the awareness through the surf community and coverage in the press,” Metson tells AdNews.

He says a handful of retailers have already reachout to stock the product across Australia, adding that he hopes the project will go global with Hawaiian retailers also getting in touch to stock the fins.

“Getting the authorities on board is the big question. We are aiming to have the fins have real influence, but we can’t force authorities to do anything. It’s not legally binding but we hope by making it very clear, authorities would take serious consideration, like an organ donor with a driver’s license,” Metson says.

To launch the Fins, Leo Burnett has tapped shark attack survivor Mike Coots, who lost his leg to a shark attack when he was 18, to front the campaign.

Profits from the high-performance fins will go toward protecting both sharks and surfers, by funding shark alert network, Dorsal, and shark education and research charity, Tag For Life.

Fin for Fin is also developing a global registry that records the surfer’s wishes, letting next of kin and authorities know they want the shark protected.

The project follows several other shark safety campaigns launched by creative agencies, including the renowned Clever Buoy from M&C Saatchi and also the Pocket Patrol app from Leo Burnett Sydney.

M&C Saatchi’s Clever Buoy took out one of the rare Titanium Lions in 2015 at Cannes Lions. It has since floated on the ASX as Shark Mitigation Systems.