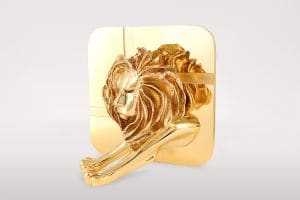 Cannes Lions is cracking down on gender bias and the objectification of women in ads that win awards at the annual advertising festival, according to a report in AdAge.

It will this year issue new guidelines to jurors requiring them to consider the implications of ads and use empathy to discern whether if the ad is acceptable, after a controversy last year. Cannes Lions will provide judges with the following criteria ahead of judging.

“Work that objectifies, perpetuates negative and harmful inequalities, and gender bias hurts all of us. The criteria for knowing if a submission is objectifying or gender biased is empathy. Use your heart and mind to determine if the submission is acceptable to you.”

Judges will also be asked to sign off every single piece of work that is shortlisted effectively asking them to publish the shortlist in their name, and to take responsibility for what is published, and jury sizes have also been reduced this year in an effort for each juror's voice to carry more weight and make each juror more personally responsibility for the decisions.

It's been welcomed by Australian creative agencies.

Rachael Kimber, group strategy director at M&C Saatchi says: "We need to appreciate that we have an enormous opportunity to influence culture in a positive way. This shows a commitment from the top down to redefine what we hold up as the gold standard of what makes award winning work.

"As an industry we have a collective responsibility beyond creativity and while this is not an official Cannes rule, it's a powerful shift from a 'PC' conversation to one of empathy and humanity."

“I believe it definitely reflects the industry in a good way. But also sends a message across cultures about the unacceptability of objectification. Cannes is one of the true international shows and if agency principals around the world start addressing the issue, it can only help the cause.Will it change the world? No. Advertising can only do so much. But every step counts.”

The move was spearheaded by Badgers & Winters founder Madonna Badger, who last year began a petition calling on Cannes to ban ads that objectify women and founded the #WomenNotObjects movement.

Last year, there was outcry when an ad from Bayer won a Bronze Lion despite blatantly sexist undertones that were described as promoting rape culture.

The pharma ad for an aspirin brand by AlmapBBDO Sau Paulo read: 'Don't worry babe, I'm not filming this.”

Shortly after it gained notoriety, Bayer requested the campaign be halted and it emerged that not only was it sexist in its content, it was blatant scam.

The client admitted in a statement to AdWeek that “BBDO paid for limited placement in Brazil … in order to met the requirements for submission to Cannes.”

The agency handed back the Bronze Lion. At the time Gallop tweeted:

Cannes Lions has been progressing in tackling inequality and introduced the Glass Lion to recognise work that challenges gender representation.

Last year ad the festival Unilever announced global plan to change the way it depicts women in its advertising with its #UnStereotype initiative – a global ambition to offer a less outdated view of women in domestic roles, lacking depth and character.

AdNews has asked for further comment from Cannes Lions.