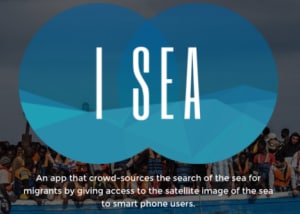 Grey Singapore has hit back at claims its 'I SEA' app is a scam, saying the app is real and a developer’s claim the app is a hoax is fake.

I SEA's legitimacy came under question by tech security writer @SwiftOnSecurity after it was awarded a Bronze Lion at Cannes. She took to Twitter to say journalists were being fooled by the app.

@SwiftOnSecurity writes: "I intuitively knew this app was fake within 20 seconds of using it. It screams unfinished interface mock-up, doesn’t act right.”

The app, which aims to enable people to scan the Mediterranean ocean for stranded boats carrying fleeing migrants, has been removed by the Apple store, criticised by the client for being a scam and berated in the trade press.

Grey Group chief communications officer Own Dougherty told AdNews: “The I SEA app is real and was designed by Grey for Good in Singapore, our philanthropic communications arm, that has a great reputation working for many worthy causes around the world.

“We said it was in a testing stage and they have some satellite issues to work out. For some reason, a developer unknown to us has pushed the story that it is fake or a hoax. Grey Group is one of the most creatively awarded global agencies around and we adhere to the highest ethical standards.”