Behind PwC’s investment in Thinkerbell: ‘We’re friends with benefits’ 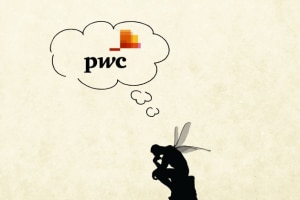 PwC has been tight-lipped on how it would work with newly-formed Thinkerbell, following the minority investment in the Melbourne creative agency just two months after its official launch.

In their first joint interview with AdNews, PwC partner Lawrence Goldstone and Thinkerbell co-founder Adam Ferrier explain why the consultancy opted to make an investment in the agency, rather than an acquisition and likens their partnership to a “friends with benefits” arrangement.

Goldstone explains that PwC/Thinkerbell model is different to that of its competitors, such as Accenture which has fully acquired several creative agencies, such as Reactive and The Monkeys. The pair believe it's better than "bolting" two entities together.

“Our investment in Thinkerbell is an investment in a future that we think is really exciting and we don’t need to own the agency in order to play a part in that,” Goldstone says.

“The nuance between Thinkerbell and PwC is difficult to convey when others are acquiring agencies and that’s what we are being compared to, but Thinkerbell is still an independent agency.”

Goldstone says that the two businesses are able to leverage each other’s strengths when necessary but is adamant that Thinkerbell will develop its own reputation separate to PwC.

“We will find ways to work together on particular clients when it makes sense, otherwise we have nothing to do with Thinkerbell,” he says, adding the two businesses don’t share revenue targets or a bottom line that would force them to work together.

Ferrier, who co-founded the business alongside Jim Ingram and Ben Couzens, is known for doing things differently, so it doesn’t come as a surprise his own venture would charter new territory. 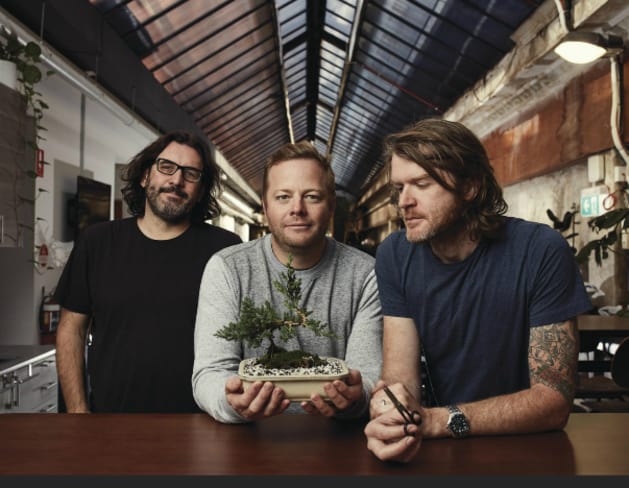 “In the old world management consultancies would set the agenda and then have to get the marketing team to get the agency to buy into that vision. Having that process come together means the management consultancy can help set the strategic vision for their client and then the communications agency can help communicate that to consumers,” he says, explaining how he envisions the two entities working together.

He says that the PwC investment enables Thinkerbell to “flex their creative muscle across a broader palette” of client problems that aren’t often presented to advertising agencies.

“The consultancy/agency space is still an emerging industry and to acquire an agency and then try to bolt two businesses together creates a whole set of issues for both partners. But if you are taking a strategic investment in an agency, then you can build it from the ground up together,” he says.

“Because it’s not an acquisition and because it’s an investment, it frees us up to lean on the relationship when we need to and to be frank, to ignore it when we want to as well.”

PwC had been actively seeking to invest in a creative agency for a number of months prior to its investment in Thinkerbell. Reports claim PwC was in the running for The Monkeys but never made a formal offer.

Goldstone says PwC was attracted to the Thinkerbell model because of its marketing science capabilities which he says “dovetails nicely into PwC”.

On Reid’s appointment, Ferrier says her media skills were the final piece of the puzzle for Thinkerbell.

“We want to divorce and kill the separation between creative and media as much as possible,” Ferrier says, and it has always been his approach.

Thinkerbell now has lists a staff of 12 on its LinkedIn page, including digital strategist Emma Baston who joins from Facebook, senior creative Shirley Eva Bahar who joins from Saatchi & Saatchi and strategist CJ Tayeh who joins from eBay, as well as a number of other employees.

The agency was recently appointed the lead creative on 13CABS, which is an account Ferrier says PwC has no involvement in. AdNews understands Thinkerbell is currently working on several of PwC’s clients, but are not in a position to talk about the work.

‘The game changed five years ago’

This year consultancies have been a force in adland, with Accenture’s acquisition of The Monkeys in May being followed by several other moves, including RXP’s purchase of The Works, Deloitte’s ransack of McCann and top marketers flocking to PwC, such as Russel Howcroft and Stephen Scheeler.

But Goldstone says the growing trend of building creative capability within professional service firms isn’t new and while it may have come to the forefront in the last few years, PwC has had a creative business since 2010 when it acquired The Difference.

Goldstone was the founder and managing director of The Difference and has been at PwC for seven years.

“We sold The Difference eight years and nine out of 10 people who came in the acquisition are still here, so I find it funny when people talk about consultancies ‘culture’,” Goldstone says.

“We already built up creative capability inside our business over a number of years, so it’s not like all of a sudden we are bumping into each other and trying to get the culture/business model integration right.”

Goldstone says often these opinion pieces are “written by people who have never been in a consultancy”.

And he has a point, with PwC’s new offices in Barangaroo looking more like a Facebook or Google, complete with ping-pong tables and decked out with the latest technology.

PwC employs over 100 people in its creative/design divisions and says when Howcroft joined PwC the business has more than 150 unsolicited CVs from heads of agencies and ECDs.

PwC and Thinkerbell are still exploring how they’ll work together and “all models are on the table”, but both are confident they have a winning formula.

“I think we have a competitive advantage because we are more flexible than other models. When you’ve got a management consultancy having to work with a particular agency it’s less flexible and has clear disadvantages to me,” Lawrence says.

While Lawrence says PwC is “enjoying the relationship” with PwC, he wouldn’t rule out the possibility of acquiring another creative shop.

“Whether our next move is a full acquisition, a partnership, or some form of investment, those things are on the table and we’re definitely looking to grow them and the portfolio,” he says.

“Yes I think we’d acquire again in the creative space but it would have to make sense and be something different to what we have with Thinkerbell.”