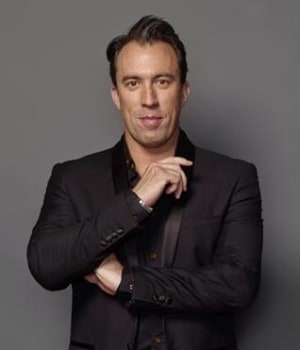 O’Connell, a stand-up comedian, author and TV presenter, will host Gold 104.3 breakfast in 2018 and replaces Jo Stanley and Anthony Lehmann who were axed in November, despite decent ratings.

ARN says O’Connell is one the most awarded radio stars in the world and is a huge coup for ARN – “demonstrating its commitment to innovation in the delivery of the highest quality radio content to audiences”.

The move somewhat echoes Nova Entertainment bringing British broadcaster Greg Burns over to Nova 96.9 in July 2016. Burns hosted the number one drive show for Capital FM in London.  However, Sydney-based Burns sits in the 9am to 1pm slot, not the prime time breakfast spot. In addition, he hosts the network’s summer breakfast show

ARN’s national content director Duncan Campbell says having talent the calibre of O’Connell is key to its strategy.

“Christian’s radio show is like nothing Melbourne has heard before and this change is a bold, progressive move for ARN and the entire local industry,” Campbell says.

“His sense of fun, relatable humour and quick wit will be perfect for Gold 104.3 and Christian is regarded as being one of the best interviewers around with his radio show known for great guests including his mates Ricky Gervais, Chris Martin from Coldplay, Liam Gallagher and U2. Even the hard to please Jeremy Clarkson said “he does the best interviews in the world”.

Some industry rivals have questioned if a Brit hosting such a prime time slot is a wise move for the network with one source, who didn’t want to be named, saying “is someone sniffing glue over at ARN?” another saying “risky move, they’ve got some marketing to do, but let’s see how it plays out”.

Who is winning breakfast in Melbourne?

The first radio ratings, out on 13 March, won’t be a fully indicative reading on O’Connell given the ratings season has started and his official start date is yet to be revealed due to contractual agreements.

The move is part and parcel of a raft of sweeping radio show host changes in the last six months. Also in Melbourne, ARN’s Kiis FM has had a major shakeup in breakfast after Matt Tilley and Meshel Laurie were replaced by New Zealand duo PJ and Jase.

O’Connell says the decision to leave the UK was the hardest of his life, but added he can’t wait to get stuck in.

“I’ve always seen being on radio in the morning as a great privilege - to be someone’s mate in the morning - and I’m looking forward to bringing something fresh and new to listeners to help them kick off their day,” O’Connell says.

While at Absolute Radio O’Connell doubled his audience, has created and performed three sold-out runs at the Edinburgh Fringe Comedy Festival, is an author – including two children’s books and was a columnist for The Guardian.

In December ARN CEO Rob Atkinson spoke with AdNews about how the network is gearing up for a big marketing push in 2018 as it plans to ramp up show awareness, boost commercialisation of its digital assets and zone in on the “light that's been hiding under a bushel” - its podcasting platform iHeartRadio. Check it out here.

Or check out all 2017 radio surveys here: