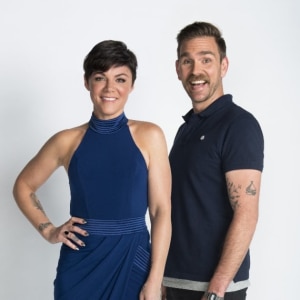 AdNews takes a look at how the radio scene is shaping up in key metro markets for the seventh radio ratings period of 2017. This survey period is from 20 August to September 23 and 1 October to 4 November. In case you missed it you can see survey six here.

The 2dayFM breakfast show, which took over from axed predecessors Rove and Sam who were cut due to poor ratings, registered a 2.9% share of listeners in Sydney breakfast. This is a drop from its 3.3% share in the last survey.

This is an all time low for the duo's show and is a tell-tale sign that FM listeners can't quite commit - or they are yet to switch and try out the show. The ratings follow news last week Breen would be replaced by comedian Ed Kavalee (below right), who will join the show in 2018.

Speaking to AdNews, SCA's head of content for Hit Network, Gemma Fordham, says it's about much more than FM ratings with the duo being one if its most downloaded shows on its podcast platform. Keep an eye on AdNews for our follow-up interview with Fordham. 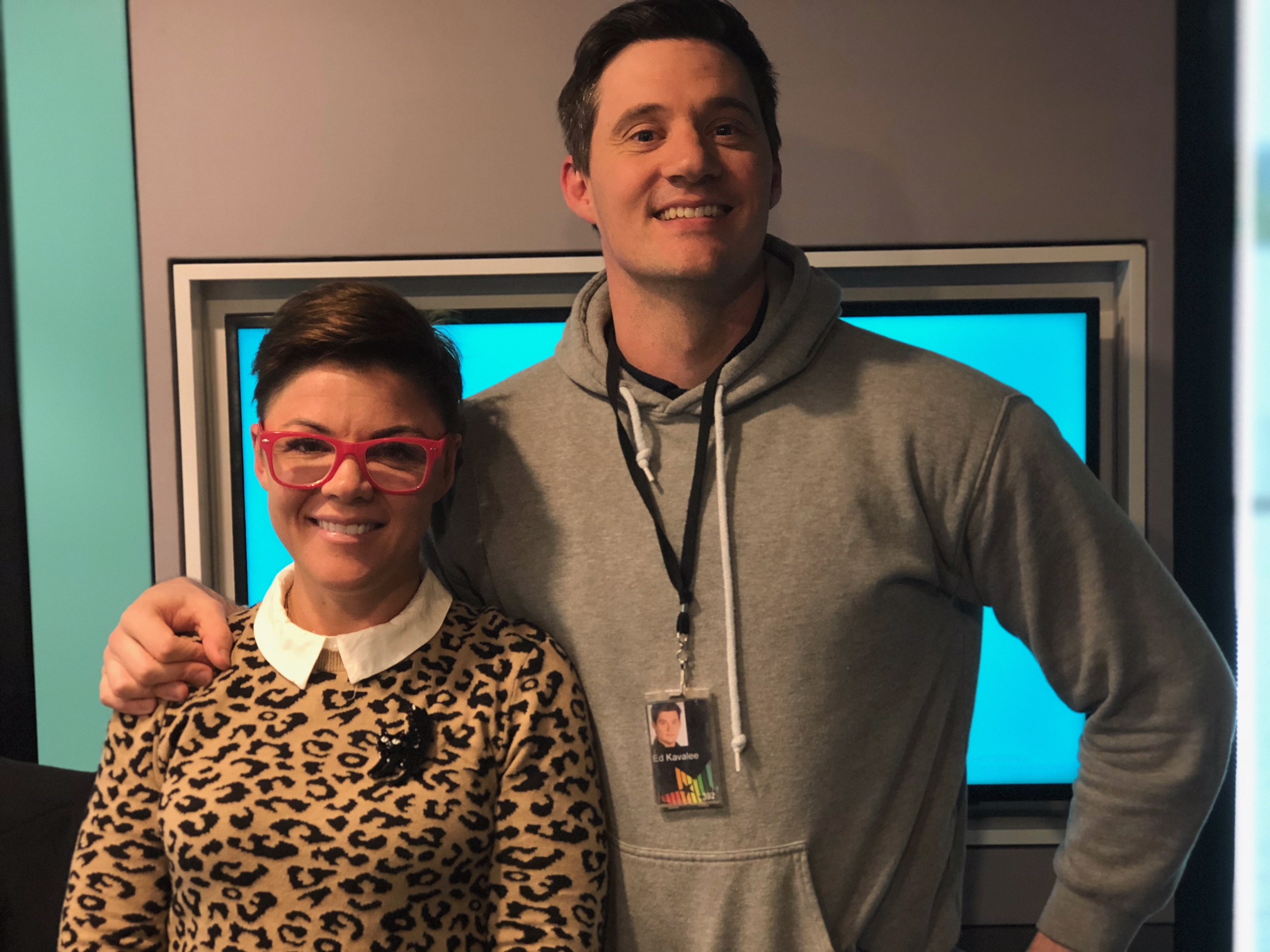 Looking at the rest of the Sydney breakfast scene, as usual Macquarie Radio Network’s talkback show 2GB took out the most listeners with an 11.8% share, however this is a drop from its last results of a 15.3% share in survey six.

Macquarie Media COO Adam Lang isn't deflated. He says: “In a competitive radio market, this is another outstanding result and proves that we have the best radio talent in the city.”

Last survey in breakfast joint second spot, with a 10.3% share each, was Kyle & Jackie O on Australian Radio Network's (ARN) Kiis 106.5 and stable-mate WSFM's Jonesy & Amanda show. However, while both stations saw healthy growth this time, Kiis 106.5 now sits safe at second with an 11.1% share, leaving WSFM at third spot with a 10.7% share.

ABC Sydney takes the fourth spot in breakfast with a 10.2% share.

Hamish & Andy 2DayFM's national drive show again dropped, from a 5.2% share to a 5% share. The boys are ditching radio again at the end of the year and heading back to TV. As revealed last month, ARN's Kiis Network drive hosts Dave ‘Hughesy’ Hughes and Kate Langbroek are set to fill the gap in a move between rival stations.

In survey seven for total listeners across Sydney, 2GB again leads the pack, scooping an 11.8% audience share. This is a drop of 0.8 percentage points compared to the last survey.

Again in second spot is ARN's WSFM station with a 9.5% share. It's the fourth time this year it's beaten key rival Smooth FM in the overall listeners stakes. However, Nova's Smooth FM station earned a healthy 9.2% total audience share, climbing 0.5 percentage points. Smooth is clambering back up to its top spot, but will it get there for the last survey of the year?

ABC Sydney, which seems to have firmly lost its regular 'first or second spot' momentum, earned fourth position with an 8.7% share – still some way behind its 9.5% share in survey four. 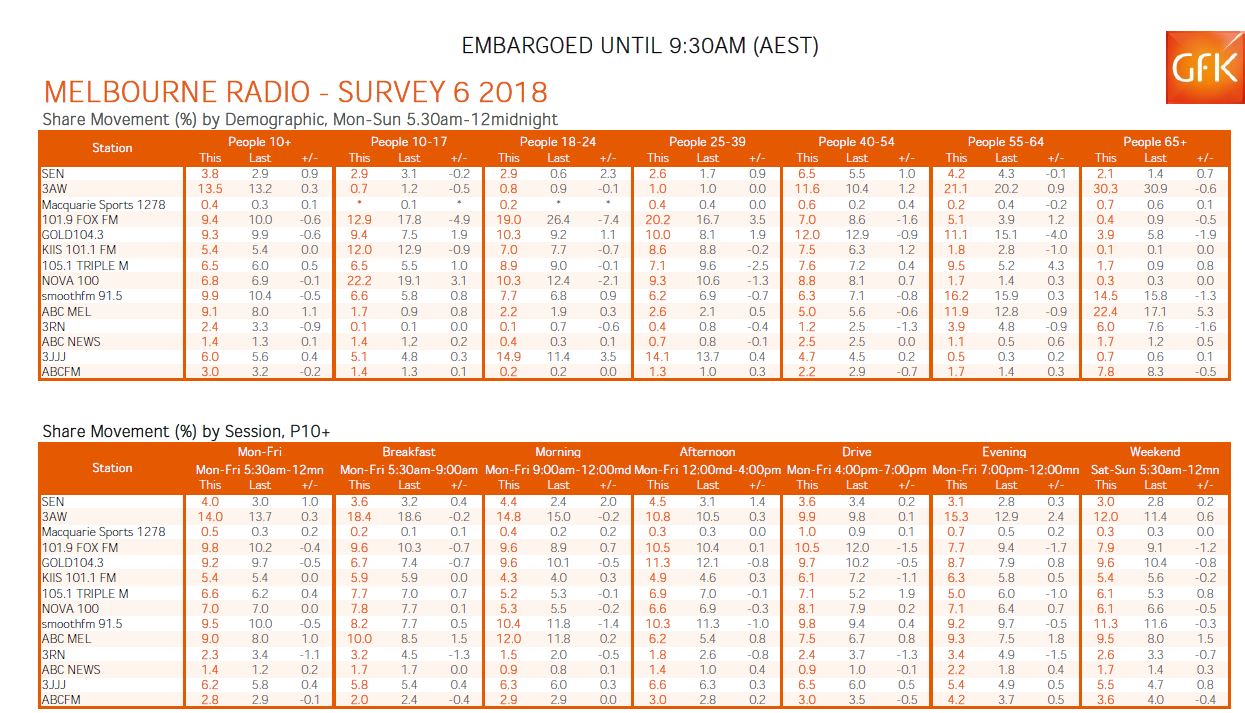 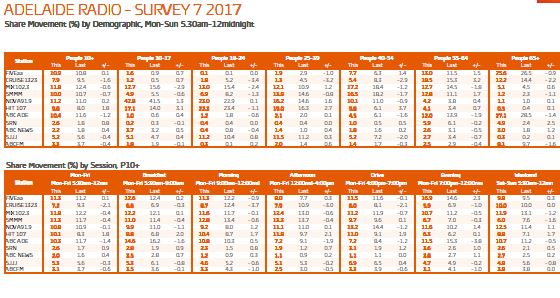