With Collective launches in NZ with ASB Bank 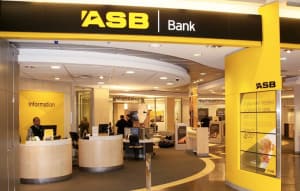 With Collective has expanded into New Zealand and picked up ASB Bank as a foundation client.

With Collective won the account in a competitive pitch from Saatchi & Saatchi NZ. It encompasses direct, digital and data marketing services.

ASB Bank has been a long-standing media agency client of the Dentsu Aegis Network and the creative account move helps consolidate advertising services to one holding group.

“We believe strongly in the combination of logic and magic; that is, insight gained from data mixed with persuasive creativity. We know this will be an effective model for ASB as it continues to grow in dominance in the New Zealand market,” said Justin Hind, CEO and co-founder of With Collective.

“Expanding into New Zealand has been a goal of ours for some time and I’m very excited to do so with a foundation client the size and strength of ASB. This move underpins the importance of being part of Dentsu Aegis Network and further reinforces the power of our operating model across the region.”

ASB general manager of marketing Shane Evans said the move was an important new partnership for ASB as it evolves its marketing model.

“Our goal is to create and deliver personalised experiences for our customers, supported by data-driven insights and marketing optimisation. With all this in mind, we’ve been impressed with WiTH Collective’s strengths in data-led creativity and are looking forward to working with them locally.”

ASB, originally Auckland Savings Bank, is one of New Zealand's oldest banks and a subsidiary of Commonwealth Bank. It is well known for its award-winning TV commercials.

These include the Ira Goldstein character, played by American actor Steve Mellor, a bumbling American banker sent to New Zealand to find out "what makes that bank different".

The ads were popular over an 11-year period but the campaign ended in 2010 when the bank left TBWA/Whybin for Droga5.

In 2015, ASB left Droga5 for Saatchi & Saatchi and a year later launched a new advertising campaign featuring Brian Blessed playing a fictionalised version of himself encouraging New Zealanders to be proud of their achievements whether big or small

Last year, the bank and Saatich & Saatchi won a Grand Axis for creating ‘Clever Kash’, which allowed children to save using a yellow elephant digital moneybox.

With Collective will launch across the Tasman with a team of six as it expands its footprint in the market and collaborates more closely with Dentsu Aegis Network’s New Zealand-based brands and other global counterparts.