The next wave of BWM Dentsu 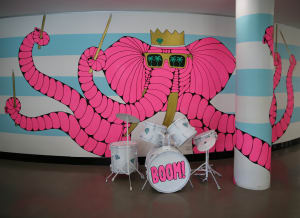 To say the last two years has been transformative for BWM Dentsu is an understatement. From Dentsu Aegis Network acquiring the agency, to bringing on new Sydney MD Alex Carr, moving offices and introducing two new ECDs in the Sydney and Melbourne teams, BWM Dentsu has undergone a rapid revolution.

With Carr now spearheading the Sydney operation and Mark Watkin as the MD of Melbourne, the pair is fuelling the next wave for BWM with founders Paul Williams, Rob Belgiovane and Jamie Mackay still steering the operations but stepping back from the day-to-day operations.

It’s the new leadership teams built across Sydney and Melbourne that Williams credits as fuelling the agencies next stage.

“We have completely rejuvenated our leadership teams in the last two years and introduced a new configuration of skills sets. Like all businesses you have to constantly change to stand the test of time and deepen your offering,” he says.

BWM Dentsu is now 250 people nationally, with its Melbourne office growing from 30 people to 80 in the last four years. Its clients include Qantas, Toyota, NBN, Kmart, REA and BOQ.

While the agency continues to evolve it as part of the Dentsu network, it still places a huge importance on its 20-year heritage as an independent, which Carr says is a vital part of BWM’s culture.

“We won’t throw away the past that Williams, Belgiovane and Mackay have built. That history and instilled culture is where our future growth stems from,” he says.

“We are two years into the acquisition with Dentsu and like anything, it takes time to get right and it’s has been a learning curb, but we know all we have is our people.

“The aim is to create an agency with scale but still have a heart beat and a spirit at the centre. That independent spirit is still at the centre of the agency – it hasn’t changed since the sale – but now, we have more skill sets to play with.”

Joining from Havas, Carr says it was the entrepreneurial spirit of BWM that won him over, adding he admires the partners “dogged” approach to business.

“The partners are incredibly savvy business people who understand the demands of the modern agency. It would be unfair and untrue to say that the future vision of BWM is only driven by the new management because we still lean on the learnings and advisory of the partners,” he says.

Williams admits it has been challenging letting the next wave of BWM play out and relinquishing some of his control.

“The broad truth is we don’t think we are close enough to the business and [management] probably think we are too close,” he says.

“To be frank, we talk every day, meet them [Carr and Watkin] every week and have business reviews every month. But we also believe on empowering our leaders and hiring the right people to let them run things.”

It was a big decision for the founding fathers of BWM to set up their indie business in Dentsu, following the Photon, now Enero, acquisition which led to the partners buying the agency back in 2012.

“The Photon Group didn’t work out, which led to us rebuilding, reconsolidating and pitting the business in a new direction. We needed to find a partner that was going to be suitable and give us wings in terms of our ambitions,” Williams says.

“Dentsu was a Rolls Royce organisation and there was an alignment on where we saw our agency going and where they saw their network going.”

While Dentsu has made plays for creative in the past, Williams says the network hadn’t gone about moving beyond media in the right way before.

“Dentsu hadn’t attacked it in the right way. They needed to buy a stable foundation, which is why we were suitable,” he says.

“We were approached a lot in 20 years but without question they were the right fit for us, with all the successful ingredients to allow us to flourish. Now, we are able to leverage the benefits of the network, including data, digital and helped us establish a sophisticated back end.”

When asked if BWM could have survived without Dentsu, Williams says the acquisition positions the agency to succeed in an industry facing disruption.

“I’ve been in this industry for almost 30 years and as much as things stay the same, there is no business in the world that isn’t under the pressure from disruption.

“There are a profileration of competitors, more data and analytics available than ever before and a digital smorgasbord – needless to say, in this new world, it can be challenging.

“Contrary to popular belief, it isn’t a high margin industry. The output is getting wider and deeper but the pressure is being place on cost. To say it’s not a constant challenge, I’d be lying.

“We’ve had to be extremely commercially savvy and that’s how we’ve survived in a tough agency landscape."