Meat & Livestock Australia’s Australia Day ad has been at the centre of quite the furore since launching a week ago.

It was teased with a trailer for the ad that ran online a week before the campaign launched on TV and radio, and the brand ran a PR campaign for it the weekend before it launched so that by the time it hit TV, it had been seen thousands on time online already and was spread far and wide.

While it might be in hot water with the ASB over complaints, and the vegans certainly aren’t happy, the MLA, UM and The Monkeys should be commended for a great creative idea and a slick media and PR strategy.

It's the closest thing I’ve seen to the now global phenomena that is the UK John lewis Christmas ad.

The John Lewis Christmas ad is now pinnacle of the creative year. Not just in the UK where Christmas advertising starts around October and ramps up to fever pitch by December.

The UK makes great Christmas ads, probably the best in the world, but John Lewis' consistent strategy and great creative have made it world famous. It's akin to the Super bowl in the US in terms of a tentpole in the advertising calendar.

The MLA ad for Australia Day, launched over the weekend, is the closest thing Australia has to it. With no Super Bowl-style event in the calendar and just a passing interest in Christmas ads, Australia doesn't really have the same kind of focal point for ads. While the cricket, NFL and AFL Grand Finals attract audiences, they don't seem to draw the same appeal from advertisers (much to the networks' chagrin). 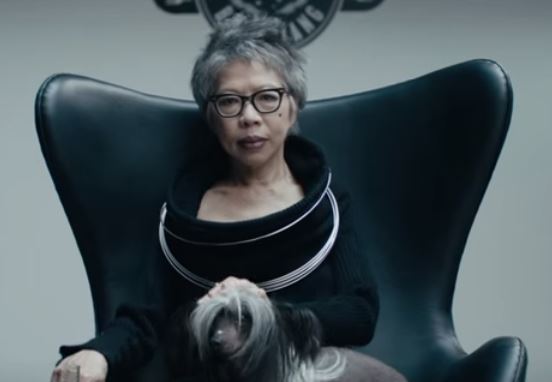 MLA's ad features Lee Lin Chin, SBS newsreader and now cult figure, as the commander of Operation Boomerang - a mission to ring Aussies home for lamb on the barbie on Australia Day. There's also that contentious scene where a trooper sets fire to a vegan's house using a flame-thrower that has caused much backlash from vegans. There are also complaints over the use of the word 'boomerang', which comes from Aboriginal culture.

Never an organisation to deliberately set out to offend or cause a stir for no reason, as to upsetting vegans, the MLA is unlikely to be too troubled, as vegans are hardly their target audience.

The backlash itself has helped the MLA's cause no end. It has fuelled media coverage and PR and given the ad reach that the MLA would never have had the budget to pay for. It is one of those times when there really is no such thing as bad press.

The ad is in line with Australia Day ads from the last 12 years. It's a great ad. It's clever, funny, mocks itself a little bit and has fun with the creative idea. Like the John lewis Christmas ad, while the ad gets all the attention, the strategy goes way beyond a 60-second TV spot. It runs trailers for the full ad to build anticipation and get TV audiences looking forward to watching the ad break – MLA replicated that. This year the retailer made partnerships with charities to help connect lonely elderly people with friendly faces at Christmas. In previous years it has created children’s books and other digital initiatives. Likewise this year the MLA partnered with Nova's radio talent Fitzy and Wippa to create a partnership that went way beyond spots and dots.