Finding the sweet spot between TV and digital 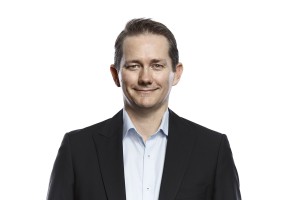 It’s not news to anyone that consumer viewing behaviours have changed and continue to evolve. Rather than viewers shifting away from the television screen, we see they are starting to lean into it again. Whether it’s via a Smart TV, gaming consoles like PlayStation or digital media players like Apple or Telstra TV.

While in recent years, the move to viewing on-the-go and on smaller mobile devices grew rapidly, now the television device is emerging as the leader in both growth, through Connected TV adoption, and share of the minutes spent streaming broadcast quality content.

A recent ThinkTV report showed penetration of Connected TVs has doubled in the past five years. Now, almost half (46%) of Aussie households have an internet connected TV and viewing on Connected TV devices increased 76% in the first half of this year. That’s only going to increase.

People are returning to the big screen in a big way as technology, devices, broadcaster on-demand platforms and services like Netflix and Stan make it possible to view more kinds of content on the big screens in the home. Last year, 68% of Aussies used subscription services, and 84% used broadcaster on-demand services, according to Screen Australia.

More than half of Aussies (51%) use Netflix regularly, according to the same report, and figures for Nine Now, 7Plus, TenPlay, SBS on demand and ABC iView are not far behind. But increasingly they are watching on Connected TVs – not laptops.

At the recent launch of Foxtel’s 4K technology, Foxtel CEO Patrick Delaney summed up why people are leaning into the big screen, saying: “We all watch TV and we love it, but we don’t do it because of the pictures we see, but because of the emotional connection. We want to feel, we want to share in it and be part of the action. That’s why Aussies are buying more and more, bigger and bigger TV sets.”

All this, coupled with the advances being made in addressable TV, means advertisers can adopt new household targeting capabilities that enable them to reach specific consumer audiences.

For the first time, advertisers are able to tap into the emotional power of television with the precision of digital. In the US, 51% of marketers already regularly include or have experimented with addressable TV in their media and marketing plan.

That’s a big take up in the relatively short time it’s been available to advertisers, which goes to show that addressable, while still a fledgling technology, has arrived and it’s working.

As with every new development in media, it shouldn’t be about throwing one thing out in favour of the next. It’s not about replacing television advertising, or digital, for that matter.

As a powerful component of television advertising, Addressable TV offers the same brand safety, viewability, household shared-viewing experiences that we love about TV with a sophisticated layer of data smarts enhancing relevance and efficiency.

Addressable TV is one of the most exciting developments in television since its advent more than 60 years ago. But it’s not hype that will drive it – it will take the collaboration of broadcasters, agencies, and distributors to usher in this new opportunity for advertisers.