Connected TV needs to catch up 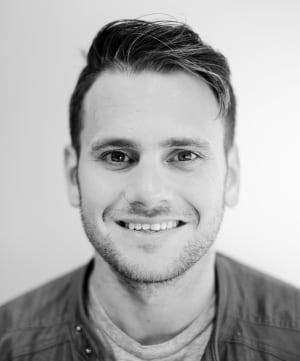 There can be no denying what the hot topic is right now in online Video (OLV). The Connected TV (CTV) buzz has picked up speed and enthusiasm across the industry almost as quick as its correlating viewership numbers.

This opportunity gives good cause for optimism amongst OLV buyers globally and even more so pronounced with the inherently restricted Australian market.

However, there still lies a number of barriers in both measurement and technology that the industry as a collective must pull together on to ensure brands don’t miss out.

The figures behind CTV adoption in Australia are compelling. OzTam and Nielsen’s Q4 2016 multi-screen report stated that 28% of the time people spend on their TV sets now goes to something other than live or playback TV (linear).

When looking at Australia’s four main FTA Broadcaster we have seen this translate into rapid growth of streams, rising from 5 million in Jan16 to 17.6 million in March, a staggering 351% increase.

It’s important to take stock of some of the implications of this shift in behaviour on the video market:

While the pool of CTV inventory remains relatively untapped, rates can be found considerably cheaper in the marketplace (20% to 40% than desktop and mobile app in some cases).

Although the audiences have very clearly shown their re-appreciation of the big screen, I’m afraid that in its current guise, CTV will not become the shining light of broadcaster advertising we all want. Publishers, tech platforms, brands and even TV verification companies must first tackle its three main handicaps.

The first and most important issue is consolidated frequency capping or lack thereof. CTVs are at the same point stage we faced with smartphones five years ago where, with so many different manufacturers and operating systems’, providing a standardised identifier was a pain.

Once the market consolidated between IOs and Android, Device ID’s became an easier way to determine individual users. CTV’s need to standardise these ID’s and technology platforms need to be better at reading them so that buyers are able to determine how many times they have served to that CTV.

Next, providing verifiable audiences will ultimately be what secures broadcast budgets for OLV and so Connected TV’s must overcome this before it sees significant investment. The limitation that exists is a lack of a sizable surveyable panel with a universal data set.

Nielsen's DAR product utilises Facebook’s logged in profile demo data which while possible on devices where users naturally log into Facebook (Desktop and Smartphone) the behaviour is in a severe minority across CTV. Roku have managed a viable solution in the states where they have a scalable portion of the market but in Australia, brands should be looking to Oztam’s VPM service to lead the way in bridging the gap between digital and linear.

This census tag-based measurement captures when a CTV is playing content across a broadcaster’s online video player and generates a target audience rating point (TARP) value, allowing for a more apples for apples comparison between linear and digital.

Where VPM falls short is the ability to cross-check against a data empowered panel thus providing demo TARPS. The point to make here is that this leap is not unattainable, OzTam has an established and recognised panel that can deliver the different watching audiences across linear TV be it a single viewer or plural.

The question is what are the factors inhibiting extending this across broadcast content on CTVs?

Finally, we should be holding all digital advertising accountable to the metrics that demonstrate value. The inquiry of if a brand’s ad was viewed by a person is as applicable to CTV as it is display banners. However, the realities of broadcaster apps need to be taken into account when viewing CTV’s.

Content is viewed in a full-screen player thus imitating the experience of any linear TV ad which does not and cannot have "viewability" standards applied. While the nuances are being ironed out, correct education and a level of common sense should be applied by agencies and brands to ensure opportunities are not lost.

In order for CTV to deliver on the potential of its transformation of viewing behaviour, we must quickly treat these affected areas so that clients don’t receive bad experiences from a currently half baked solution.