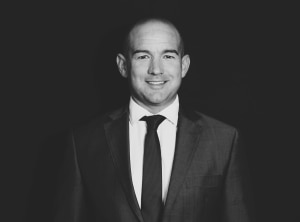 For all the talk in our industry about innovation, disruption and transformation, we randomly thrust ourselves onto some peculiar things. Our continued fixation with live-only ratings is one of those preposterous peculiarities we must rid ourselves of - and fast.

We all know viewing habits are changing and we trumpet that change in easy-to-grasp soundbites. But, that’s about as rigorous as we get. Multiscreen viewing is the new norm, but how and when those audiences tap their content is still largely overlooked in a single view of measurement by the market.

The industry narrative – from trade and business press, to market commentators – is fuelling the wrong focus and there is a dangerous obsession with overnight ratings numbers for TV networks and programs.

Network Ten’s The Bachelorette Australia a classic case in point. It’s a 1 million-plus show, but I bet you wouldn’t know it based on the numbers that have been reported. I’ll let you in on a secret: the show’s live premiere audience actually only represents 70% of The Bachelorette's total cumulative viewing. The truth is that nearly 360,000 people are watching, experiencing and lovingThe Bachelorette in non-live formats.

Fascinatingly, from our unique position at MCN, we are seeing lots more distinct audience trends across free, subscription and sport.

For sport, it still conforms to the classic TV viewership experience as the best sport is live sport. Period. But, things do get more interesting with TEN and their catch-up service, tenplay.

In addition to my previous example with The The Bachelorette, Survivor sees another 350,000 viewers when you include non-live audiences to the overall total. Have You Been Paying Attention adds a further 250,000. A staggering 36% of Neighbours and 40% of Offspring’s total audience also sit within non-live environments.

Foxtel’s viewing trends are different again, due to the ability for subscribers to record and playback shows.

Game of Thrones is one of the most successful programming franchises in the history of television, so it’s no surprise the series seven finale once again smashed ratings records for Foxtel. What may surprise you, though, is that only 19% of the 1.44 million viewers who saw the final episode watched it live. Over 1 million watched it on some form of playback. The remaining 200,000 watched it via on-demand viewing.

Foxtel’s other amazing dramas, Top of the Lake: China Girl, and Taboo also followed a similar 20/80 split of live/non-live viewing.

So, what does this all mean, and why are we still beholden to overnight results, believing a show has failed if it hasn’t reached a million live viewers overnight?

Well firstly, the industry at large is guilty of proffering inconsistent data points via a cocktail of overnight ratings, seven day consolidated figures and OzTam’s VPM service, to name a few. And often, it’s just driven by an arms race to selectively own the next day’s headlines rather than consistent and considered analysis on the bigger picture around real audience trends to inform proper industry debate.

Shows like Game of Thrones, Top of the Lake, The Bachelorette and Taboo confirm there is a powerful new audience dynamic emerging – the rise of the premium, catch-up TV experience; with viewers loyally tuning into their favourite shows at any time, no matter the device.

We therefore need to provide the market with enough consistent data to change the definition. We need to expand our view of what audience engagement looks like, and use multi-screen viewing as the new currency.

At MCN, we’re building ad models to represent the shift in viewer behaviour and I am personally committing to helping the industry capture and talk about non-live environments.

We’ve all got the tools now available to measure multi-screen audiences, so let’s, together, look at how content is being consumed on various screens and create a more cumulative view for TV programming success and deliver the best of the broadcast and digital worlds for advertisers.

Mark Frain is the chief sales and marketing officer at MCN.