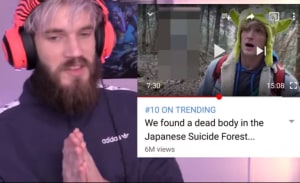 YouTube has tightened the criteria to allow content creators to make money from advertising and has confirmed it will manually review every video on Google Preferred channels to ensure they are brand safe.

Previously, channels had to reach 10,000 lifetime views to be eligible for YouTube's Partner Program. But such an approach, while an improvement on the previous benchmark, is easy to game, YouTube now believes subscriber count and watchtime are better signals to determine quality content that is safer for advertisers.

New channels must now have a minimum of 1,000 subscribers and 4,000 hours of watch time within the past year to be eligible for ads.

Current channels have a grace period to meet the new criteria, which applies to them on 20 February.

The tougher rules come in the wake of YouTube's latest brand safety scandal involving star Logan Paul, who recently published a video of a dead body in a Japanese forest known for suicides.

Paul swiftly removed the video and apologised, but not before racking up thousands of views and making money from unaware advertisers.

Paul was the second major high profile YouTube star to be suspended or removed from Google Preferred after PewDiePie was booted for running a video with an anti-semitic joke.

Ironically, the Swedish star used Paul's tasteless video to slate him as a "jackass" in a rant that has been viewed 23.5 million times (see below).

Brand safety concerns have led to major brands boycotting the platform and YouTube previously beefing up the vetting process and brand controls, which have now been strengthened further.

“It’s been clear over the last few months that we need the right requirements and better signals to identify the channels that have earned the right to run ads,” YouTube VP of display, video and analytics Paul Muret wrote in a blog.

“Instead of basing acceptance purely on views, we want to take channel size, audience engagement, and creator behaviour into consideration to determine eligibility for ads.”

YouTube says it will closely monitor signals that help it identify “bad actors and spammers from gaming the system in order to monetise unsuitable content”.

In addition, it's battening down the hatches of its premium advertiser program, Google Preferred, where brands pay a premium to advertise against content created by popular YouTube stars with more engaged audiences.

“Moving forward, the channels included in Google Preferred will be manually curated and ads will only run on videos that have been verified to meet our ad-friendly guidelines,” Muret added.

YouTube says it is also providing advertisers with “simpler and more transparent controls”.

This includes “a three-tier suitability system that allows advertisers to reflect their view of appropriate placements for their brand, while understanding potential reach trade offs”.