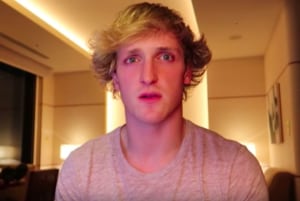 Logan Paul apologises for a video he posted on YouTube.

YouTube star Logan Paul has been suspended from its premium ad program, YouTube Preferred, a week after he filmed a dead body in a Japanese forest known for suicides.

The inappropriate video featured Logan laughing in the presence of the dead body and was widely condemned.

It appeared on Paul’s channel Logan Paul Vlogs for a day before the star removed it and issued a video apologising. It has since been viewed 43 million times (see below).

In a statement shared with AdNews, a YouTube spokesperson said: "In light of recent events, we have decided to remove Logan Paul’s channels from Google Preferred. Additionally, we will not feature Logan in season four of ‘Foursome’ and his new Originals are on hold."

This doesn’t mean that Paul will be removed indefinitely. Over the weekend, YouTube appeared to offer Paul an olive branch with chief business officer Robert Kyncl telling reporters: “We believe he’s made missteps, unfortunate missteps. He’s expressed remorse very quickly and is learning from the experience. Actions should speak louder than words. Logan has the opportunity to prove that.”

Kyncl also said he didn’t believe there was “much difference between YouTube and a TV network”.

“When you work with real-life people, real-life situations can happen at any time. What's important is that you develop a set of principals and community guidelines that you adhere to,” he added.

TV networks have very strict guidelines and classification rules around the content they are able to broadcast during specific day parts.

Content on YouTube is often vetted and reviewed after it has been published and removed if it doesn't meet YouTube's community standards.

In the immediate aftermath of Paul’s video and the widespread backlash, YouTube apologised to the affected family of the person in the video and said a video that is graphic can only remain on the platform if it was supported by “appropriate educational or documentary information and in some cases it will be age-gated”.

The scandal highlights the growing sensitivity around brand safety on YouTube following several scandals last year where advertising was placed against videos by racist far right groups, terrorist sympathisers and, most recently, videos posted by children that had been targeted by paedophiles.

Paul is the second major high profile YouTube star to be suspended or removed from Google Preferred after PewDiePie was booted for running a video with an anti-semitic joke.

Brand safety concerns have led to major brands boycotting the platform and YouTube beefing up the vetting process and brand controls.

Media agency groups have also taken their own steps to increase scrutiny of videos on the platform.

AdAge reports that Google is also considering the number of channels it includes on Google Preferred, which it says is likely to go down.