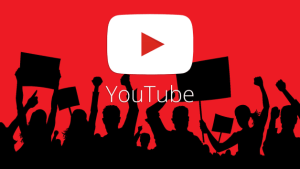 YouTube has removed 150,000 videos and disabled comments on many more in response to the latest brand safety scandal to rock the online video platform.

Over the past week, huge brands including Amazon, eBay, Mars, Diageo, Adidas and Deutsche Bank stopped advertising on YouTube over concerns their ads are running against videos of children being targeted and exploited by paedophiles.

Media buyers have warned that YouTube is difficult to police and that there will always be an element of risk running ads on user generated content platforms due to the liberal nature of what is deemed acceptable content and the ease and speed it allows users to upload posts.

Since the scandal broke, calls to toughen the rules around publishing on user-generated platforms has intensified and YouTube has told AdNews it is strengthening its policies and enforcement processes around content that involves minors.

"In the past week, we’ve tightened up and strengthened the enforcement of our policies to terminate the accounts of users making predatory comments on videos featuring minors,” a YouTube spokesperson said.

“As a result, we terminated hundreds of accounts and removed over 150,000 videos from our platform. We also turned off comments on over 625,000 videos targeted by child predators. Finally, we removed ads from nearly two million videos and over 50,000 channels masquerading as family-friendly content.”

AdNews scoured YouTube to get a sense for how deep the problem runs. It is clear that YouTube has disabled comments and removed ads from videos containing children that most people would deem inappropriate, but there are still many videos on the platform that wouldn’t pass the parent test. 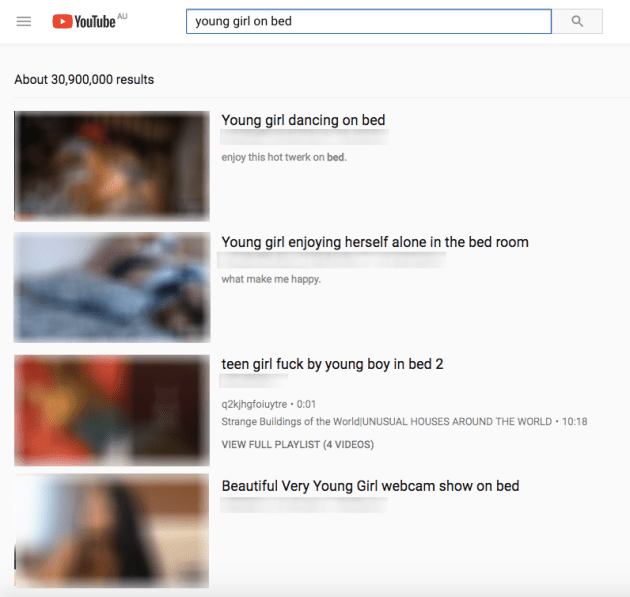 A simple search for ‘young girl on bed’ pulls up far too many videos containing content that would never be published on a professionally curated media website.

YouTube has told AdNews it unequivocally does not condone or accept content that endangers or sexualizes minors but the sheer volume of videos that are uploaded every second and the fact that many of these videos may not be illegal makes such policies very challenging to police.

“In recent months, we've noticed a growing trend around content on YouTube that attempts to pass as family-friendly, but is clearly not. While some of these videos may be suitable for adults, others are completely unacceptable, so we are working to remove them from YouTube," vice president of product management Johanna Wright said in a recent blog.

“In the last couple of weeks we expanded our enforcement guidelines around removing content featuring minors that may be endangering a child, even if that was not the uploader’s intent,” Wright added.

“In the last week we terminated over 50 channels and have removed thousands of videos under these guidelines, and we will continue to work quickly to remove more every day.”

Since June, YouTube says it has removed ads from three million videos and expects to remove a further 500,000 more videos in the wake of the fresh scandal.

Commentators across the media landscape are calling for tougher action on user-generated platforms to bring their publishing standards further in line with those that restrict professional media organisations.

In a comment piece in The Times, Sky Group chief executive Jeremy Darroch joined a growing chorus of media executives, calling for tech giants that make money from media to be placed on a level playing field with the rest of the media, a sentiment that AdNews has previously expressed.

“With every new exposé, these platforms promise to do more. They promise they will do better. Yet they continue to profit from what they publish and the cycle starts again…the tech companies grow in value. It is surely time we asked: why is there no regulation where there is the risk of such serious harm?,” Darroch wrote.

"I am not suggesting regulation of the internet, but establishing a set of principles of accountability that meet societal norms and can be put in place with oversight, in much the same way that Ofcom requires broadcasters to comply with principles governing the way that content is made available on TV. This would bring the same rigour to the internet that enables TV to be a safe and trusted space.”

AdNews approached widely-respected US market analyst Brian Weiser of Pivotal Research Group to get his view on whether the brand safety issue would have a material effect on Google.

“While it does seem like there may be some impact on YouTube from large brands reducing their spending, we won’t likely see the impact in Google’s reported results,” Wieser said.

“YouTube is a relatively small share of Google’s total revenue base, and large brands are a sub-set of that figure.”

YouTube has had two major brand safety issues in the past year that have threatened its business model.

Some advertisers are clearly not impressed and are taking matters into their own hands, but AdNews understands this does not necessarily mean budgets are shifting into other digital advertising options.

Publicly, many are adopting a ‘wait and see’ approach to whether YouTube can resolve its brand safety issues.