Yes we Cannes - a forward look at adland’s pivotal event 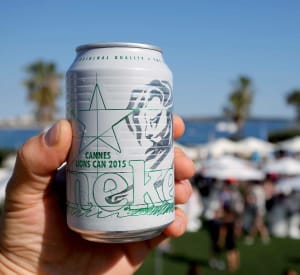 "Cannes is still the benchmark for the best of the best work our industry produces."

If you can tear yourself away from the yachts, beaches and chilled rosé, there’s plenty to learn and no end of opportunities at The Cannes Lions Festival of Creativity. AdNews casts a forward look at adland’s pivotal event.

The Cannes Lions that was launched in 1954 bares little resemblance to the event it is today. It was held in a different city, had an entirely different name, and its eponymous trophy was a winged griffin, not a lion, reflecting the statues in Piazza San Marco in Venice where it was first held.

But 62 years later, what that early start gave way to is a cultural institution for the advertising sector – a giant among festivals and a trophy that few ECDs wouldn’t step over their own grandmothers for. It is both loved and hated, flocked to by thousands and scorned by others for being the last preserve of the creative ego. However, few can argue with its influence in the world of advertising.

Deals like the 2014 acquisition of BWM by the Dentsu Aegis Group are hatched on the terrace of the Intercontinental Carlton, global teams gather over French wine in sunny cafes and the beach becomes a digital haven. What has been Google’s sandbox for the last few years is being taken over by YouTube, while Facebook is taking up its usual spot on the beach. Spotify House is back and Twitter will be going bigger on the Cote d’Azur. Countless adtech firms are also thinking large this year as the ever–more technological slant of the industry plays out along the Promenade de la Croissette.

Cannes will again be a celebrity affair with actors Will Smith and Gwyneth Paltrow, singer Iggy Pop, Vogue’s Anna Wintour, and filmmakers Oliver Stone and Harvey Weinstein taking to the stage in various sessions, although none are likely to match Kanye West’s previous appearances for hype.

Then there are the celebrity creatives and CMOs. BBH’s Sir John Hegarty, Cummins&Partners’ Adam Ferrier, DDB’s Wendy Clark, R/GA’s Bob Greenberg and Unilever’s Keith Weed are just a handful of more than 400 speakers this year.

Diversity has been a big ticket item on advertising’s radar for some time, but it seems like it will also be a burning issue at the 2016 Cannes Lions: and rightfully so. Several sessions will unpick some of the core issues around participation in the industry, and with adland’s favourite agitator, Cindy Gallop, in attendance there should be plenty up for discussion.

Cannes has been picking up the pace on technology, launching the Innovation Lions as a separate stream last year and it remains a key focus. Plenty of sessions will feature UX, VR and The Internet of Things just to name a few. But, many attendees pointed to an evolution of the tech discussion for this year, from “tech for tech’s sake” to using data not only as a springboard for creativity, but to solve real human problems.

With the Australian and US elections down the track, the junction of advertising and politics also looks like a key point on the agenda.

Fuel Communications MD and co-founder, Amanda Galmes, who is judging the PR Lions, said another topic always in vogue when it comes to Cannes is pushing the boundaries of creativity.

“Creativity is firmly in the spotlight at Cannes 2016, but it’s not just the domain of advertising,” she said. “It is the foundation for all creative communications whether that’s executed through owned, earned or paid.

Cannes provides a unique global opportunity to focus on the creative process, raise the creative bar and push our thinking and problem-solving.”

And this isn’t just work that pushes the limits of what communications is all about, but inspiring stories about leaders using creativity to challenge the status quo. UM chief strategy officer, Sophie Price, who is judging Media Lions, said “technology obviously plays an ever– increasing role in the solutions we see awarded at Cannes, but the emphasis is still on the idea.”

The Lions were created to celebrate the best in advertising, and to that end, still does today.

But as advertising cycles ever close to technology, and agencies increasingly create work that lives in culture and as products instead of strictly “ads”, the scope and arguably influence of the festival has changed.

But for creatives the impact of new festivals such as SXSW or the changing focus of Cannes is minimal.

Carter Digital MD, James Noble, is judging Digital Lions. He told AdNews that for him, Cannes is far more important than other festivals, noting “it’s about the ideation and innovation” more than anything else. Price agreed that the reason why Cannes is in the diary across the board for adland is that it sets the agenda for the industry for the next year.

“It celebrates the value of creativity on a global scale – both culturally and commercially. And for me personally, it’s an inspirational reminder of why we all work so hard at what we do for our clients,” Price said.

And it is that inspiration that keeps creatives coming from far and wide.

Leo Burnett Sydney group creative head, Iggy Rodrigeuz, on the Promo Lions Panel, agreed that despite the changes, “its relevance is still as strong as ever. It’s still the benchmark for the best of the best work our industry produces,” he said. “For me it’s a time to reboot on the year that’s been and set the bar even higher for upcoming projects.”

Clemenger BBDO Brisbane creative director, Marianne Harvey, will judge radio this year. She said as an award show, Cannes is in the top three international events that creatives want to win, but as a festival, it varies between a sales pitch and people sharing real thinking.

The inspiration of having so many people together in one space is the key.

“Mostly I’m looking forward to being in the thick of it,” Harvey said. “Absorbing all of the work to get a true perspective on what’s good and what’s working around the world. Then getting fired up and bringing renewed energy back to our agency.”

Innocean ECD and Direct Lions judge, Dave King, put it more succinctly: “Cannes is one of the most prestigious award shows in the world. It’s probably the only one that your mum will know of so it’s good to win a few so your mum thinks you’re good at what you do.”

The cream of Australia's creative crop will be judging at Cannes this year. We asked what they'll be looking for in the hot seat.

I am looking for big, bold creative ideas that have PR at their heart, that showcase great storytelling and can demonstrate how they sparked conversations, changed perception and ultimately shifted stakeholder behaviour. Novelty gimmicks are all well and good, but I want to understand how the work worked – how it moved the brand forward in a meaningful way.

What I'm looking for is to make sure the UX on multiple levels of journeys have been applied and that they understand their audience's needs and wants in that the channels relate to the right audience. I'm also looking for innovation: what have you changed, what is different from someone else's, how have you engaged the user in a different way?

Promo is so broad that many things fall under the umbrella of what could be a promotion. For me, I’ll be looking for standout originality, a strong relevance to the client and ultimately for it to be serving a purpose.

Thought–leading campaign ideas that will set the global agenda for the year ahead. Media campaigns that maximise owned, earned and shared assets before they even think about paid.

It’s pretty simple in radio, you award the work that makes you react. Do you laugh, do you feel sad, does it get to you, does it make you think? And of course, the jealousy test.

As a judge you look to be wowed. You want to be incredibly jealous and surprised. As Bob Isherwood says, you want to think “Fuck me. how did they come up with that?

Last year Australia won 56 Lions at Cannes: nine Gold Lions, 15 Silver, 31 Bronze and a Titanium Lion. M&C Saatchi had an outstanding year with the Optus Clever Buoy picking up four Gold, two Silver, a Bronze and a coveted Titanium Lion in the Titanium and integration awards. JWT picked up two Gold Lions, a Silver Lion and three Bronze Lions in the Health and Wellness Lions for its ‘I touch Myself’ project for Cancer Council NSW. And GPY&R picked up a Gold, six Silver and five Bronze Lions.

The not so positive chatter this year is that Australia might not be set for a particularly big year at Cannes in 2016 – time will tell – but here's a few picks of what we think might do well.

This campaign by Y&R was apparently several years in the making and, given the success it's already had at other award shows, looks set to make a big impact at Cannes this year. As Innocean's Dave King said "it's probably the only one that your mum will know of" which is reason enough to think it might take home a few trophies.

The US election is one of the biggest news topics of the year, creating a challenge for fictitious election campaigns to get cut–through. This ballsy campaign saw the agency hijack the biggest debate of all.