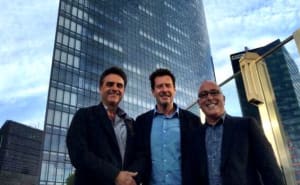 Dentsu Aegis Network has today announced the acquisition of 51% of BWM Group in Australia – the creative agency will be renamed BWM Dentsu.

Despite the claims being refuted earlier today in The Australian, by BWM, media and digital marketing communications company Dentsu Aegis has this afternoon told AdNews that a deal has been struck.

Rumours over the deal surfaced a few months ago after fierce industry speculation. AdNews heard from a number of sources close to the matter that the acquisition was on track and had gone ahead.

The business will be the flagship creative agency brand of Dentsu Aegis Network in Australia. The remaining 49% is held by the three directors of BWM.

Rob Belgiovane told AdNews that an integration group is being set up to ease the integration process between the former independent and its new stablemates.

He added that the attraction of the deal is being able to leverage Denstu's media buying assets – which he claims are the best in the country – as well as its digital capabilities through Isobar and work alongside OddFellows.

“It's great for us, we can do integrated media, but not in a bullshit way,” he said.

Enero, previously Photon Group, purchased its stake in BWM in 2006 for a reported upfront cash payment of $7.3 million and the issue of 1.26 million Photon shares. However in 2012 BWM's founding partners Rob Belgiovane, Paul Williams and Jamie Mackay bought back Enero's 51% stake in the business for $7.5 million, returning them to 100% ownership.

In this most recent deal all three now remain in senior executive roles with BWM Dentsu, along with the existing leadership team in Sydney and Melbourne.

Nick Waters, Asia Pacific CEO of Dentsu Aegis Network, said: “We are delighted to bring BWM Group into our company. This is a top quality agency with exceptional creative credentials. It is a major strategic step which adds a highly complementary business to our group in Australia.

“We have a strong group of market leading agencies in media, performance media, digital marketing, event and sport, and now advertising. By working alongside each other as one cohesive team we have the opportunity to create further advantage for our clients and our business.”

After years of speculation, back in January 2014, Dentsu also acquired a majority stake in local independent agency Oddfellows to form a merged Oddfellows/Dentsu offering.

Oddfellows had long been identified as a potential acquisition for the Japanese advertising giant due to its relationship with Toyota as its retail creative agency. Dentsu and Toyota have a long-standing partnership. Under the terms, Oddfellows is set to become a wholly owned subsidiary of Dentsu by 2017. It is unclear at this point if Oddfellows and BWM will stay as two separate creative agencies or be rolled in together.

CEO of the BWM Group Paul Williams said joining Dentsu Aegis Network would add enormous depth to the services offered to its clients, making BWM stronger and more competitive than ever.

“Big ideas that get Australians talking and transform and drive companies and brands will always be the core of our business. This partnership allows us the best of both worlds. We continue to manage our business with a strong sense of independence, while leveraging the enormous skills and assets across Dentsu Aegis Network,” Williams said.

BWM, was founded in 1996, has more than 140 full-time staff and works with brands such as Presto, NBN Co, Kmart and Alfa Romeo.

It has offices in Sydney and Melbourne and most recently scooped the Santos Tour Down Under as a client and last year.