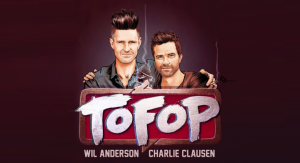 Podcasting is booming and all the major radio networks have moved into the space but while audiences and advertisers might be happy, not everyone is on board.  Wil Anderson, the host of the ABC's Gruen, and a long-time podcast host, believes big businesses are “ruining” podcasts.

Speaking to AdNews, Anderson says the commercialisation of the podcast medium is coming at the expense of the niche players.

“I really don’t like what’s happening. Podcasting was a brilliant space where you could be genuinely creative. Now the major businesses are coming in and ruining everything and podcasts are being taken from a cool, niche community to being this big, commercial thing,” he says.

“Hopefully we will still fight our good fight in the corner but it’s disappointing to me to see what happens when economies of scale and big organisations come in and drown out the little players.”

Just this year, SCA inked a deal with US-founded Podcast One, Nova partnered with Acast, ARN teamed up with Whooshkaa, the ABC announced a $1 million community podcast fund and media companies including NewsLifeMedia, Nine and Mamamia launched their own podcasts.

“I have a high enough profile to cut through the noise from the networks, but the smaller players – who are making something really great just for the sake of it – they are screwed by big companies that come in with people who haven’t even heard of a podcast before, but were contracted because they are appealing to advertisers. That becomes problematic,” he adds.

Anderson, who recently announced his return to radio, began his own comedy podcast in 2010, TOFOP. It remained independent until this year when TOFOP signed with global podcasting network Planet Broadcasting. 2 Guys One Cup, Anderson’s other podcast that focuses on AFL, recently signed a deal with Whooshkaa, bringing on Holden as a sponsor.

Anderson says it was a careful consideration to pair with Holden and he declined many approaches from betting brands that wanted to be associated with the sporting content. Referencing the recent ABC podcast event, Anderson argues that there is still a lot of education to be done about the medium of podcasting.

“The ABC just did a big conference around podcasting. But what they were really talking about was radio,” he says.

“I love Richard Fidler’s Conversations, but it’s not a f*cking podcast. It’s a radio show. Just because they release Gruen on iView doesn’t make it a web series.”