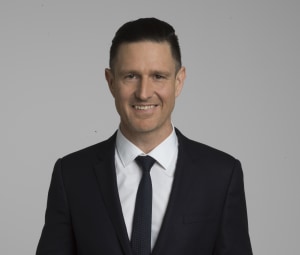 Despite hosting a show that discusses the best and worst of Australian advertising for nearly 10 years, Wil Anderson says he’s not an expert on the ad industry.

While Gruen features familiar faces of adland’s finest, including PwC’s Russel Howcroft, ex-Leo Burnett chairman Todd Sampson, BMF’s Christina Aventi and Campaign Edge’s Dee Madigan, Anderson tells AdNews the show has made a deliberate decision not to comment on the state of advertising. Rather, its uses advertising and marketing as a lens to explain the world.

He says that often during the filming of ABC’s Gruen the scenes that don’t make it on air are ones that talk too much about the advertising industry instead of what it means for the general public.

“The whole point of the show is to examine the most powerful manipulators in society,” Anderson says. “What we want to do is look at issues in society and use advertising and marketing as our prism to explain those issue to people.

“I’ve been doing this show for 10 years and I couldn’t name five advertising agencies because that’s not what it’s about.”

Anderson may not know the name of any Australian agencies, but he does have strong views on the impact advertising has on society.

“It’s an industry where the smartest minds spend billions of dollars on ads and those ads are weapons pointed directly at us and we have no shields or armour,” Anderson says, adding that he doesn’t think advertising is a positive force in society and consumers need to be more sceptical.

“I often question why me, some comedy guy, is the only person raising his eyebrows at advertising. I’m a pebble in a fucking ocean. Everyone needs to be unpacking advertising and questioning why an ad will use a puppy or why a colour makes us feel a certain way.”

Referencing the recent US election, Anderson says we are the first generation to see the ramifications of forceful advertising. He believes Donald Trump’s election campaign is mostly to blame for his appointment to office.

“We’ve got to a point where marketing and advertising isn’t based on facts. Facts don’t even matter anymore. A large part of that blame has to be laid at the feet of advertising and marketing," he says.

“We now have thousands of ads directed to our phone that know us better than we they know ourselves and we think somehow it doesn’t affect us and we just wash over it uncritically. Everyone needs to be more vigilant.”

But what can he personally endorse?

Earlier this month it was revealed Anderson would be returning to radio as a host on Triple M’s Host breakfast, joining Eddie McGuire and Luke Darcy.

As a commercial radio station, hosts are usually expected to read advertising scripts for brands that request further integration into the show. But due to Anderson’s affiliation with the ABC, he is unable to personally endorse any brand.

On Anderson’s podcast, 2 Guys 1 Cup, which recently signed Holden as a sponsor, he was unable to accept a free car as part of the deal. Even when Vegemite sent him a personalised jar, he had to send it back.

When pairing up his podcast with Holden, Anderson says he was mindful about what advertiser he chose to associate his show with. He was approached by various gambling advertisers due to the sport content of his show that he knocked back.