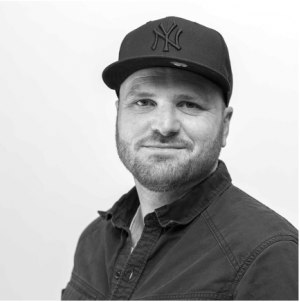 whiteGREY strategy director Warwick Heathwood has exited the agency after just five months in the role.

According to his LinkedIn profile, Heathwood is currently seeking freelance and contract work.

Heathwood joined whiteGREY's Sydney office in April after a stint in the US working at WPP-owned SET Creative in New York where he led experiential and retail strategy, connecting brands such as Verizon, Google, Nike, Adidas and Sonos to customers in the physical space.

Before that, he worked as strategy director at AGRONAUT Inc in San Francisco and has also held roles locally at agencies including TBWA/Sydney, Isobar, Leo Burnett and BMF.

In a statement provided to AdNews, a spokesperson from whiteGREY confirmed the Heathwood's departure:

"whiteGREY can confirm that Warwick Heathwood has left the agency and we wish him well in his future endeavours. An announcement about his replacement will be made in due course."

The agency has been on a hiring spree this year with other appointments including three new account directors in its Sydney office and adding creative duo Garret Fitzgerald and Joe Hill as ECDs of its recently revamped Melbourne office.

whiteGREY has undergone a period of transition since its merger in 2017 - one which former WPP AUNZ CEO Mike Connaghan admits wasn't perfect.

whiteGREY's current CEO Lee Simpson joined the agency last year and was tasked with transforming it following the departure of joint-CEOs Miles Joyce and Paul Worboys, and the loss of one of its major digital accounts, Lion, which led to several redundancies.

“Day one of the new leadership saw an articulation of a new agency strategy and model to help realise the ambition for whiteGREY,” Simpson told AdNews in a recent interview.

Since the merger, the agency has won a number of awards including Silver and Bronze Lions at the Cannes Lions International Festival of Creativity for its work Living Sea Wall with Volvo.