What will a merged Y&R and VML look like in Australia?

The news that Y&R and VML will merge probably comes as no surprise to the industry. In recent weeks rumours mounted of additional mergers within WPP as incoming global CEO Mark Read started to outline his vision for the holding group.

Globally, but also in Australia, Y&R is thought to have lost its legacy shine and has been slower to adapt to the changing media landscape. It has been outperformed by VML, which has carved out a name for itself in the digital transformation space with its Snapchat work for McDonald’s earning the agency several accolades.

While VML has been a global entity since 1996, it only officially launched in Australia as a separate agency in 2012. Prior to that, it sat under the Y&R banner as its internal digital offering.

The merger sees the two agencies somewhat return to their original structure, however the VML brand now has equal weighting alongside the Y&R name.

The new agency, VMLY&R, will come under the joint leadership of CEO Pete Bosilkovski and Aden Hepburn in Australia and form a network of 345 employees across Sydney, Brisbane and Melbourne - 235 from Y&R and 110 from VML.

The decision to appoint a joint leadership team, AdNews understands, comes as a surprise to those close to the matter, with WPP AUNZ previously admitting it was a mistake to appoint joint-CEOs to lead WhiteGrey, after The White Agency and Grey were merged in 2016. 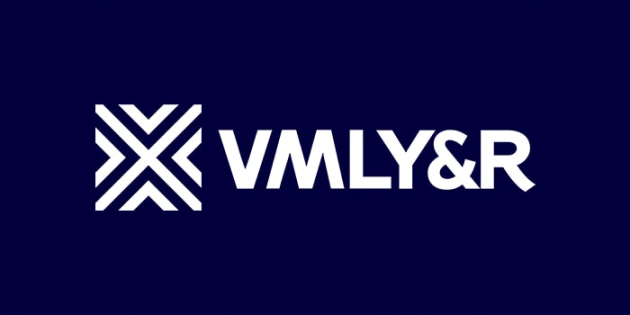 The new agency branding for VMLY&R

The agency leaders have varying skillsets with Bosilkovski spending his career in legacy agencies like Leo Burnett and JWT, while Hepburn has grown his expertise within smaller, digital shops. AdNews understands Bosilkvoski was unaware of the upcoming merger when he joined Y&R in March.

WPP is yet to confirm the specifics of Bosilkovski's and Hepburn’s roles, but says the two will “jointly lead” VMLY&R. Globally VML CEO Jon Cook has taken the helm of VMLY&R with global Y&R boss David Sable exiting for another WPP position yet to be revealed.

AdNews understands Hepburn has a close relationship with Cook.

With Bosilkovski’s role stretching across Australia and New Zealand, the merger could see VML move into the region.

Looking at the Australian client base of both agencies, the biggest conflict issue for the merging agencies will be keeping McDonald's, which has worked on projects with VML, and Burger King, which works with Y&R.

VML is McDonald's digital agency of record and the relationship has earned the agency several accolades over the last three years.

Best & Less and UNIQLO could also be considered conflict clients.

As for redundancies across the two agencies, there will no doubt be duplicate roles across the board. WPP could not comment on how many roles would be impacted but issued this statement:

"While we are still working through the logistics of bringing these two agencies together, it is important to remember this new agency has been created to make something bigger and better. It is not about reducing capability," WPP said in a statement.

In Australia, Y&R has only existed as a brand for the last year. Since 2005, after its merger with George Patterson, it was known as GPY&R. George Patterson had a strong legacy in Australia spanning back more than 80 years before it was scrapped to globally align with the WPP network.

Read, who replaced former WPP boss Martin Sorrell, is expected to unveil his 2019 strategy for WPP in coming weeks and this merger is considered one of the first indications of more consolidation across the holding company's portfolio.

In Australia, WPP AUNZ has already undergone a period of consolidation following its merger with STW in 2016 and Read's plans will mean more disruption in this market.

It will also have an impact on the Australian agency landscape with the merged entity being one of the larger agencies in this market offering a wide-range of capabilities.

In WPP's second quarter earnings call earlier this month, Read spoke about strengthening the holding company's creative agencies which have witnessed slower growth than its digital and media agencies. As a result, WPP may pair its legacy creative agencies - Grey, Ogilvy and JWT - with other digital shops in its portfolio.