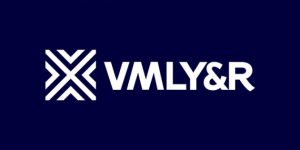 WPP has confirmed it will merge VML and Y&R to create a new agency called VMLY&R.

WPP confirmed the news today, first reported by The Wall Street Journal on Sunday and backed up by sources in Australia.

In Australia, Aden Hepburn, who is the managing director and ECD of VML, will lead the agency alongside Y&R CEO Pete Bosilkovksi.

Bosilkovski was announced as CEO of Y&R in March from Leo Burnett and Hepburn has been at VML since it launched in Sydney six years ago.

David Sable, former global CEO of Y&R, will continue as non-executive chairman and transition into a new role within WPP.

WPP says VMLY&R will be a "contemporary, fully integrated digital and creative offering to clients on a global scale".

It's the first major move from incoming WPP CEO Mark Read, who was confirmed as Martin Sorrell's replacement in September.

Read said in a statement: “VMLY&R will be a powerful brand experience offering and a core agency brand for WPP. VML and Y&R have distinct and complementary strengths spanning creative, technology and data services that make them a perfect match.

"This is an important step as we build a new, simpler WPP that provides clients with a fully integrated offering and easy access to our wealth of talent and resources.”

WPP AUNZ CEO Mike Connaghan described the merger as "a match made in heaven", pairing Y&R's brand building and strategic prowess with the creative and tech skills of VML.

"We have a stated ambition of fewer, bigger, better companies and to my mind VML Y&R has been an opportunity waiting to happen," he said.

VMLY&R will be an agency of more than 7,000 people and one of WPP’s flagship brands across Sydney, New Zealand, London, São Paulo, Shanghai, Singapore and New York.

WPP acquired VML in 2001 with the digital business originally under the Y&R banner, before being spun out into a separate agency several years ago.

In Australia, Y&R was known as GPY&R up until last year when it dropped the George Patterson name.

Read is expected to unveil his 2019 strategy for WPP in coming weeks and this merger is the first indication of more consolidation across the holding company's portfolio.

In WPP's second quarter earnings call earlier this month, Read spoke about strengthening the holding company's creative agencies which have been growing slower than its digital and media agencies. As a result, WPP pair its legacy creative agencies, like Grey, Ogilvy and JWT, with other digital shops with in its portfolio.

Y&R, which has clients such as Heinz, Burger King, Westfield and Alfa Romeo, has struggled in recent years to live up to its strong legacy.

The agency, which was bought by Sorrell in 2000 for $4.7 billion, has been outperformed by VML in recent years. VML boasts local clients including Lion Beer, Kellogg’s and Ripcurl and has been celebrated globally for its McDonald's work for Snapchat.