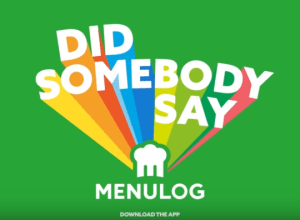 UM Australia has been appointed to the $10 million media account for Menulog, after its parent company Just Eat appointed the agency globally, following a competitive pitch.

AdNews can reveal that UM Sydney will handle all local media buying and planning for the online food delivery service. The account also included responsibilities for the New Zealand market.

Menulog was acquired by UK-based online food giant Just Eat in 2015 for $855 million.

In Australia, the account had been appointed to Match Media (then Blue 449), now Spark Foundry in late 2016. AdNews has approached Publicis for further comment.

Last year it was revealed that Menulog would be working on a new brand platform, appointing Clemenger BBDO Melbourne as its creative agency of record.

The new platform, "Did somebody say Menulog" has already gone live, with the platform publishing a new 30 second TV ad on its YouTube channel last week.

Menulog has been known in Australia for its large-scale advertising campaigns, most recognisably in late 2017, when it partnered with Hollywood actor Jeff Goldblum to encourage more Australian's to order online.

The online food delivery industry in Australia has seen an influx of advertising, as the likes of Menulog, Deliveroo and Uber Eats have all ramped up their media presence.

Most recently Uber Eats tapped Australian comedy duo Hamish and Andy, as well as Australian tennis champion Leyton Hewitt for a continuation of its "Tonight, I'll be eating" brand platform.

The win by UM continues the recent run of media appointments since the start of the year, with OMD last week securing the $40m Super Retail Group account and Intitiative being appointed to the $30m Carnival Cruise account, while the likes of Red Bull, the AFL, Virgin Australia and Tourism NZ have all moved their accounts in the last five months.