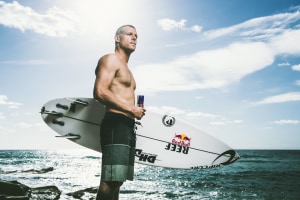 Mindshare Sydney has been appointed to handle the main media account for Red Bull in Australia following a competitive pitch.

AdNews understands the account is worth close to $6 million and was previously held by Dentsu-owned agency Vizeum.

The agency will take on strategy, planning and buying for the brand, across all channels. The account will be led by Mindshare client lead Martin Newman.

The agency's UK counterpart also won the account for the region earlier this year, after the brand announced it would be reviewing its media in December 2018.

“It’s hard not to be excited about working with Red Bull. It is such an iconic brand that looks to use media in a unique way to drive integration into popular culture," Mindshare Australasia CEO Katie Rigg-Smith says.

"The Red Bull team have been so engaging and welcoming to us and we are looking forward to the opportunity of working with them and building upon the successes they have already had in Australia.”

Mindshare account lead Martin Newman says the agency will be focused on amplifying Red Bull’s presence in Australian culture as they continue to build the "world of Red Bull" going forward.

The win kicks off the year for Mindshare, which last year snared one of Australia's biggest accounts, international confectionery, food, and beverage company Mondelēz.