TV heats up as cold winter weather sets in 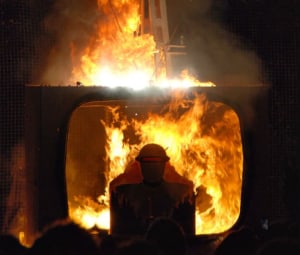 As the cold weather sets in, TV sets are heating up, with five of the top 20 programs exceeding more than one million viewers each on Monday night.

Seven's House Rules led the pack, pulling in an average metro audience of 1.27 million viewers, one of its highest this season.

The dramatic episode saw couple Troy and Bec storming off set in a fit of anger after Troy proclaimed he wanted to “get out of this f***ing hole”.

Like any classic TV walk-out, the act seemed to draw attention, as House Rules led the top 20 rankings, beating every network news program.

It also won all three key demographics, with its largest city metro audience 25-54 year-olds, which made up 583,000 of its viewers.

Speaking with AdNews, Seven director of programming Angus Ross says: “This year of House Rules we hit the reset button. We took a different approach to the judges, the casting and the episodic structure – and then mobilised the Seven West Media assets behind it.

“Last night’s episode was the highest number in over three years – to have a show growing in its fifth season against heavy competition is immensely satisfying."

Nine and Seven's 6pm and 6.30pm news programs also drew in an average metro audience of more than a million.

Nine's The Voice recorded an average metro audience of 947,000, coming in seventh in the top 20 programs but falling out of the top three spots in each of the key demographics.

The surge in viewership could be attributed to cold weather as well as the coverage of Donald Trump's Europe trip and Schapelle Corby's return home which also may have boosted ratings.