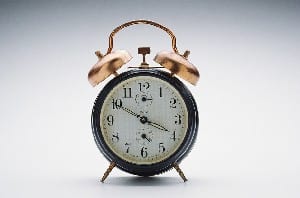 Following news this weekend that the Tim Worner sex scandal debacle has ended, AdNews casts an eye over the timeline of what happened and how the CEO of the most watched TV network in the country ended up making headlines for all the wrong reasons.

It was mid-December last year when Worner apologised for an inappropriate relationship he had with former Seven West Media executive assistant Amber Harrison prior to becoming CEO, after details were leaked to the press on Sunday.

“The affair began the month after the board meeting at Pacific Magazines. We started flirting and soon after Tim began texting and emailing me for sex,” Harrison claimed. “I knew he was married. It was never about love. It was about sex and power," she said at the time.

A Seven source told AdNews her version of events were incorrect and the fraud was discovered after random checks triggered an automatic review under Seven's audit policy, and an independent report carried out by auditors found substantial misappropriation of funds.

In that lengthy statement, Harrison made several sordid allegations about the affair that this publication decided not publish out of respect for privacy, but also said she “never felt this was a sexual harassment case”.

“It was about abuse of power and also workplace safety,” she said at the time.

Harrison said she decided to make the affair public because she became frustrated by the protracted legal process and mounting legal costs.

Harrison’s allegations were challenged further by Seven West Media, Worner and its legal team as further details came to light.

Worner, who leads the most watched TV network in the country, is highly regarded as one of the more impressive and outspoken media executives in Australia. He was also ranked among the top 10 most powerful media executives by AdNews in our 2016 Power List. Keep ane eye out as  our 2017 Power List is out this September.

Late December Seven called inquiry into Worner sex scandal and said and said the board would continue to support the CEO. Its share price was impacted by the scandal, dropping by 8% to 75c at the time.

In February this year an independent probe cleared Seven CEO Worner of 'misconduct'. The findings of the review were regarded as pivotal to Worner keeping his job.

In April this year Worner resigned from the board of AFL team the Sydney Swans amid mounting pressure over the court battle with Harrison.

Media reports suggested Worner's position on the Swans board had been questioned by powerful women at the club, including new board member Sam Mostyn. Worner joined the board in February 2016.

“My hope is that by standing down, I can relieve pressure on the board and the club and let them concentrate on the business of football, and a successful home and away season in 2017,” Worner said in a statement.

Worner didn't attend the first Swans home match of the season and questions were raised about whether he would be able to attend public functions while the dispute continued to generate negative publicity in the press.

At this year's Logies in April, host Dave Hughes made waves at the TV awards extravaganza with a few jokes that to some, were deemed below par. The comedian and radio host seemed to 'mistakenly attribute The Wrong Girl to Channel Seven, instead of Channel 10, but it soon became clear that the misstep was intentional.

Late on Friday 7 July Harrison walked away from her legal battle with Seven West Media. The parties were due to battle it out at a three-day hearing in the Supreme Court from Monday (10 July).

Harrison told Fairfax Media she would consent to the orders and would not appear in court after she took to Twitter to admit defeat.