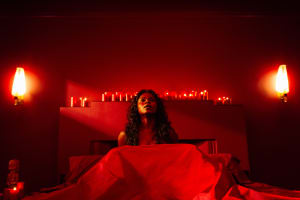 American Gods premiers on Amazon in May

Amazon Prime Video is premiering American Gods on 1 May. The show, which has received critical acclaim, follows the story of Shadow Moon. Released from prison to a life turned upside down — no wife, no job, and no bearings – Shadow takes up a job offer by the shady Mr Wednesday to be his bodyguard and journeys across America, questioning a world where gods exist and magic is real. AdNews saw the first episode in a preview screening, which features one of the most memorable and disturbing sex scenes of recent times. The series is an adaptation of Neil Gaiman's 2001 book.

Production has begun on the latest Stan Original Series production The Other Guy, which stars and is written by popular Aussie comedian and broadcast personality Matt Okine. The Other Guy is a comedy-drama based on Okine's own experiences, which he developed into an stand-up show and TV series, It produced by global independent studio Entertainment One and co-written by Becky Lucas (Please Like Me) and Greg Waters (Soul Mates, Dance Academy). The six-part series also stars Harriet Dyer (No Activity, Love Child), Valene Kane (The Fall, Rogue One: A Star Wars Story), Magda Szubanski (Kath & Kim, Bran Nue Dae), Christiaan van Vuuren (Soul Mates, Bondi Hipsters) and Amali Golden (Australian Idol).

Ahead of Channel Nine's next reality show darling launching tonight, the network has tapped Snapchat for several personalised filters. From microphones to doughnuts (?) fans across the nation can see their chops in one of many different formats. Nine has secured five big brand sponsors for the return of its talent show The Voice, including Arnott’s Shapes, KFC, Mazda, Blossom Manuka Honey and Nick Scali Furniture.

Logies host Dave Hughes made waves at last night's TV awards extravaganza with a few jokes that to some, were deemed below par. The comedian and radio host seemed to 'mistakenly attribute The Wrong Girl to Channel Seven, instead of Channel 10, but it soon became clear that the misstep was intentional.