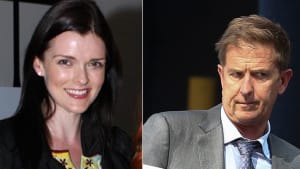 Image from The Australian

Former Seven West Media executive assistant Amber Harrison has walked away from her legal battle with the media giant.

Harrison, who has been at the center of a public row with Seven after she revealed details of her affair with CEO Tim Worner, will agree to a permanent gag order preventing her from speaking about Worner and the company.

The parties were due to battle it out at a three-day hearing in the Supreme Court from Monday.

Seven was seeking a permanent order restraining her speaking publicly about the company.

Harrison told Fairfax Media late on Friday she would consent to the orders and would not appear in court after she took to Twitter to admit defeat.