The Lexicon of Womanhood in advertising

This (Part 4) first appeared in the AdNews March 2019 magazine as part of a six-month project with Lida, looking at Bauer's Women's Weekly. Support AdNews by subscribing here.

Minnie was able to scour the copy in 20,000 adverts. Not only does it tell us something about advertising, but it also reveals the focus of women through the decades.

This was a fascinating part of our “Servitude to Self-Determination” analysis, where we tracked word usage in adverts over the course of the nine decades in The Weekly. “Home” dominated adverts through the 30s/40s to the 60s, reflecting of course that most Australian women were at home engaged in domestic duties. No doubt its usage also signifies how advertisers were targeting the household income, as opposed to a woman’s personal income.

We found it intriguing that “home” was replaced as the most frequent word by “people” in the 70s, 80s and 90s – showing that there was a shift from what was happening inside the home to what “people” were doing outside of the confines of a woman’s immediate family. “People” of course can be used for the purposes of comparison, but to also serve as a nod to “community” where likeminded “people” use certain products, or engage with certain brands. Either way, it points to a time when a woman’s horizon had expanded. 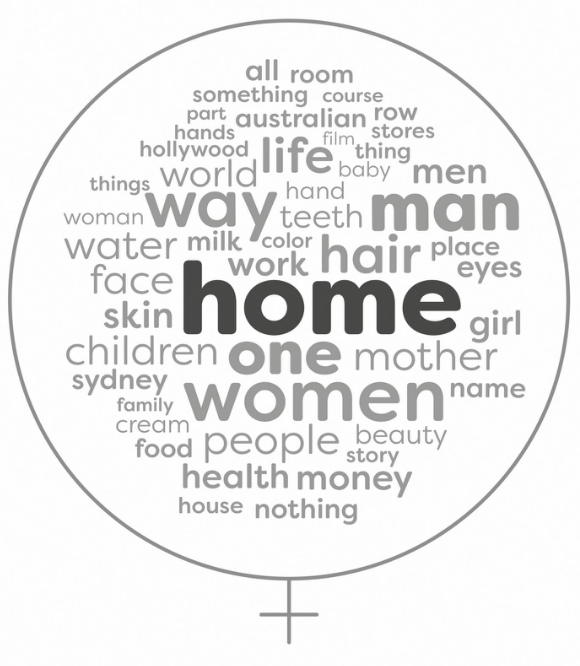 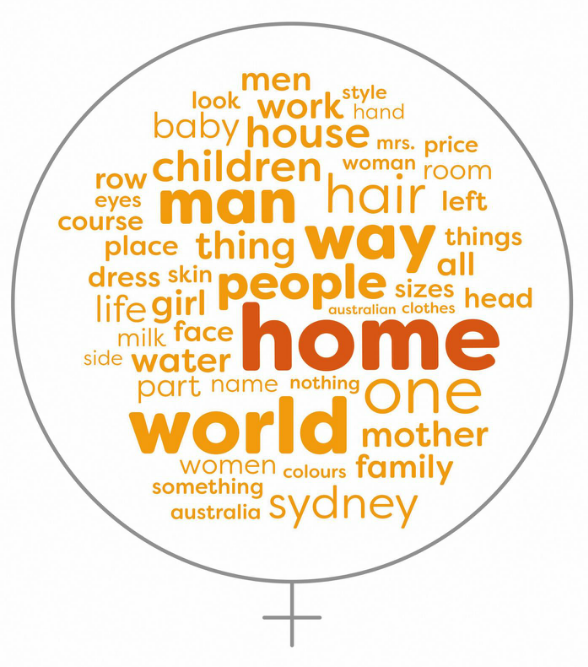 “Life” becomes the most regularly used word in the 2000s, perhaps because life had truly opened up by now for many Australian women – in the year 2000, several generations of women would have been part of the workforce, and the barriers created by overtly physical domesticity had been well and truly dismantled.

Interesting, then, that we land on “women” as the most frequent word used by advertisers in the 10s, where the references often contain an “us” too, pointing towards the idea of women as a collective, or giving women a sense of belonging.

The usage of the word “children” is telling too. We might have expected heavy frequency of “children” in the 30s/40s/50s, however, even though it was rarely out of the Top 10, it was only in the 90s that it hit the top two, staying there through the 2000s. Something chimes with the notion of “having it all” in the 2000s with combined heavy usage of “life” and “children” in advertising copy. Now? “Children” has slipped to seventh place; ahead of it is “skin”, “family” and “home”. 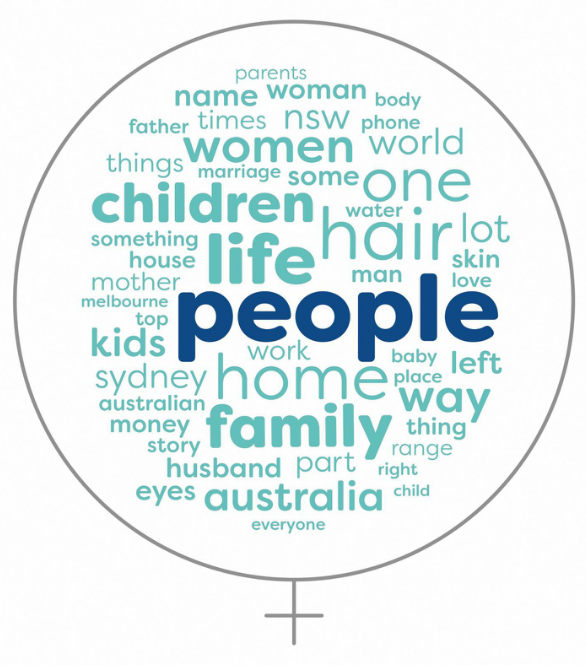 One recurring word that has been on heavy rotation in advertising copy is “way” and while we saw many examples of where there was a “way” to do something explained, we couldn’t help but shake off the idea that the mention of “way” means that a pre-determined maxim or approach to life was being espoused to the readers. It makes an appearance at number eight on this decade’s list too. Maybe something for women to watch out for? After all, the preaching tone of the 30s/40s/50s should be long forgotten by now.

But perhaps most telling of all is the decline of “man” and “men” from the 1980’s, indicating that as we moved into a new century, women had other things to think about.

On the theme of change, our investigation this issue looks at exactly that; the fascinating evolution of women in advertising in one of Australia’s leading magazines.

An editorially-inspired data-driven idea, working with LIDA Australia and its robot, which scanned more than 20,000 adverts in Women’s Weekly, we looked at the progression and portrait of women in advertising between 1933 to current day.

The investigation, in light of International Women’s Day, took six months and unearthed some highly engrossing findings. Naturally, this meant there was no better fit than LIDA to create the front cover – which shows it all – from servitude to self-determination.

This issue we also revisit some of the top execs driving real change throughout the industry. From Times Up Advertising to Free the Bid and The Agency Circle, it’s vital people know about some of the great work going on in our industry.

See Part 5: Capturing the hearts and minds of Australian women