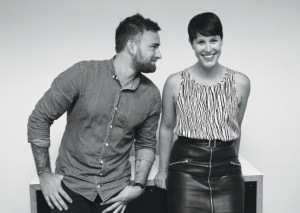 This (Part 2) first appeared in the AdNews March 2019 magazine as part of a six-month project with Lida, looking at Bauer's Women's Weekly. Support AdNews by subscribing here.

Did you catch Part 1? See: AdNews and Lida Investigation: The journey of Australian within advertising

Analysing 20,000 adverts from The Weekly, published over the course of nine decades, is not a job that could be tasked to one or several people, even. To enable this huge undertaking, Jake Lyme, data scientist at LIDA built the AI-powered bot, Minerva (or Minnie to those who came to love her). Here we speak to Jake about how Minnie came to life and the incredible feat she achieved.

Where did the idea come from to develop Minnie, the AI-powered robot?
It came from book I read recently called Factfulness by Hans Rosling, where the key theme was applying context to whatever point you’re trying to prove. So, don’t just focus on a single moment, but provide perspective. As an agency we’re always thinking about how we communicate to different demographics, and we thought it would be great if we could provide context around those messages. That’s when we began to think about a new advertising tool, called Minerva (Minnie to her friends) after the Roman goddess of wisdom.

Explain what Minnie is made of.....
She is a little like a Swiss Army knife with multiple tools connected to her. She is primarily built from Python, which is a general purpose coding language, and from that we connected her to a variety of other programs to help fill the gaps. Her key features are optical character recognition (reading and transcribing text), object recognition (identifying objects like cars, cats, trees..) and entity and category classifications with natural language (pulling out key entities within a sentence).

Did you develop your own software programs, if so, what were they?
Yes, we built a few custom functions to deal with this project. One was a website scraper that downloaded and named all the images from the online archive. Another was a colour collector which pulled up the top colours used in an image and generated a color scale. The others went through and organised images and folders, following a naming convention to allow our last tool, an internal image search engine, to bring up an advertisement based on the categorisation and labels. 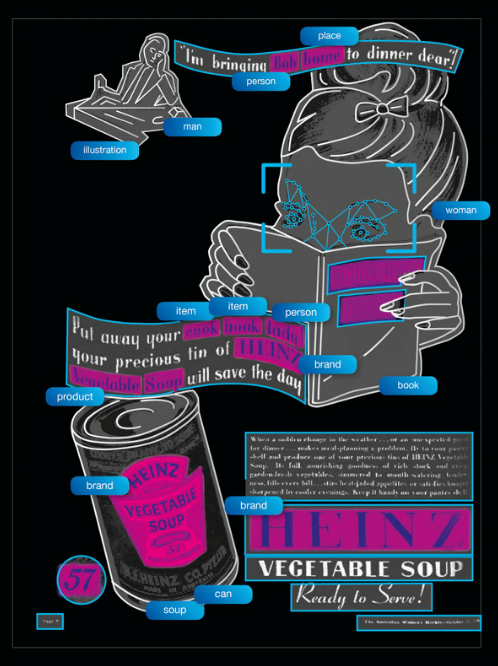 How did Minnie cope with the flooding of 20,000 images?
She did alright! It was talking about one minute per image, which is about eight days of straight processing time. We had some computers getting warm, a few glitches, and a few prayers to the goddess, but we got there and learnt a few tricks along the way.

Any glitches along the way?
There was one glitch with the organiser bot. We didn’t fill out the naming convention rules correctly which meant that Minnie put 40 magazines in an unknown location. I’m still not sure where they are as the naming of the files was also affected. So, we had to start from scratch for a few of them.

Are there other projects Minnie could be used for?
Minnie is built to process any and all images in a very short period of time. She is able to sort and categorise on large scales to build internal search engines, allowing businesses to save scouring the libraries of images. With this in mind, Minnie can be trained to provide a diversity index; comparing the language, tone, visuals of a brands advertising to that of competitors and to that of society to really ensure that we stay in touch.

Can Minnie create an ‘ad of the future’?
Possibly! We’ve been toying with recognising and categorising people and product positions and placement. For example, does the model in the advert look forward on, is she sitting/standing, where is her arm placement etc.. and ideally this would lead to detecting a trend or a cycle of advertising, which would then allows us to predict design elements. It would probably look like a Jackson Pollock however.

Are there any other AI projects you find fascinating?
The barrier to entry is at the lowest it’s ever been where now we can run AI on my Surface Pro. I’m very interested in societal intelligence; if we begin to ask questions around racism, sexism, homophobia, domestic violence and begin to map, track and report on these feelings within society we can effectively manage the prevention of crimes and create a happier society! There are also other benefits including financial wellbeing, happiness indices and more.

See Part 3: Women in advertising: A look through the decades