Snapchat gets serious about expansion with its first global campaign 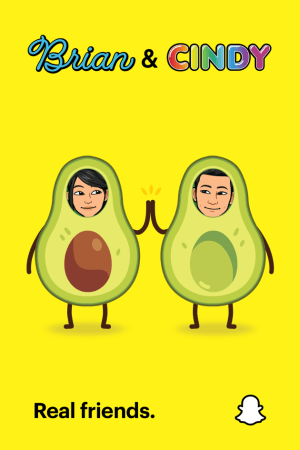 Snapchat has launched its first global marketing campaign as the company’s CEO Evan Spiegel gets serious about global expansion.

"Real Friends" was developed in-house and rolls out across Australia, the US, India and Europe.

Snapchat’s creative team interviewed 313 friends from 12 countries, including Australia, for the campaign which includes billboards, Spotify ads, as well as an influencer campaign on Instagram.

“Snapchat is for real friends, so today we’re launching a celebration of the friends who share, laugh, love and connect with each other using our platform,” says Kenny Mitchell who was hired as Snap’s first CMO earlier this year.

“Featuring more than 70 Snapchatters from 12 different countries, ‘Real friends’ shares the stories behind real friendships around the world.”

Snapchat's out of home ad

The roll out comes after a strong second quarter for the camera-lens company. Snapchat had reported its best quarter of user growth since 2016, adding 13 million daily active users to its app.

Spiegel had flagged a greater focus on expanding around the globe when releasing the results.

“We have never been more excited about our opportunity to build a global community,” Spiegel said.

“Our redesigned application helps new Snapchatters adopt retentive behaviors like talking with their real friends, our rebuilt Android application provides a vastly improved experience across billions of devices, and our self-serve advertising business has driven accelerating revenue growth that can support a growing community around the world.”