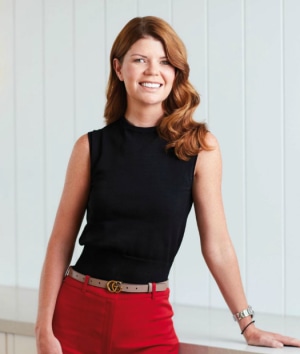 Snapchat's early start in augmented reality (AR) has given the company an advantage over other social media platforms as the technology becomes more mainstream, says Snapchat Australia GM Kathryn Carter.

Carter says brands are starting to see AR as part of the broader marketing mix, shifting from a raising awareness tool to driving business results.

“We’ve made significant advancements in AR since we first pioneered this, so it really is a full-funnel solution now,” Carter told AdNews in an interview.

Carter says that the platform’s origins in camera technology means it has an advantage over other social media companies that are also entering the space.

“I understand that all the other platforms are certainly investigating and investing in this space,” she says.

Snapchat has previously had to deal with Facebook mimicking its signature feature, the ephemeral Stories, which now captures 500 million daily active users for Instagram, Whatsapp and Facebook each.

According to Snapchat, 70% of 190 million daily active users spend three minutes and more using AR each day. The take up of the technology has been rapid, with Snapchat launching its first lens - the still-popular vomiting rainbow - four years ago.

Already Big W is making use of that audience in an Australian-first. It teamed with Snapchat to launch an AR campaign for its annual TOY MANIA sale event through the camera-lens company’s latest Marker Tech innovation.

Marker Tech allows users to scan a ‘Snapcode’ that tracks a 2D image and brings it to life on the user’s screen, in this case a Barbie doll.

While this Snapcode features on Big W’s catalogues for TOY MANIA, the technology works across magazines, billboards and bus stops.

“Reinventing the camera represents one of the most exciting opportunities that we have to really improve the way people are communicating and learning about the world around them,” she says.

“If you can overlay that experience with AR and then transport them into an entirely new world or have Cinderella and Barbie and all of these incredible experiences leap out at you, then you're creating something which is playful, which is engaging, which is fun, and that's really core to what we want to do from a platform perspective.”

Carter says Australians’ engagement with AR is very similar to the global benchmark, with AR being particularly important in reaching gen Z and millennials.