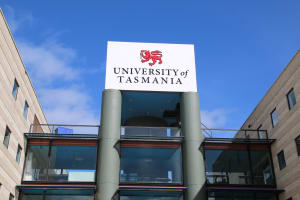 Cummins&Partners Sydney has won the creative for University of Tasmania following a competitive pitch, AdNews can reveal.

The win is the second for the agency this year. It was also named the lead creative agency for HBF earlier this month.

Cummins&Partners will be responsible for launching a new platform which aims to help promote both the university and the state.

“The University of Tasmania has an educational proposition which we found fascinating,” Cummins&Partners MD Dan Ingall says.

“Its unique position as the southern-most island state, and leadership in planet science combined with innovative degree programs, all made or very fertile territories for our thinking.”

"Cummins&Partners really impressed us with their insights, knowledge on the challenges behind higher education in Tasmania and their independent thinking," University of Tasmania incoming marketing head Pat Freeland-Small says.

The first project for the brand will be the University’s 2017 Open Day.

While a smaller win for Cummins&Partners than HBF, universities as a category are increasingly creating bold advertising, and growing their spend, from Western Sydney's highly awarded Deng Thiak Adut ad to Sydney University's Snapchat activations.

Cummins&Partners Sydney has been reinventing itself since it lost the Vodafone account in 2016. At the end of last year, the agency brought on Ingall to lead the agency and it recently located its offices from North Sydney to Surry Hills.

The last two wins for Cummins&Partners Sydney indicate the agency is gaining momentum.

The group, however, lost its Melbourne-based creative duo Jim Ingram and Ben Couzens in March alongside global chief strategy officer  Adam Ferrier. The trio launched their own agency Thinkerbell this month.