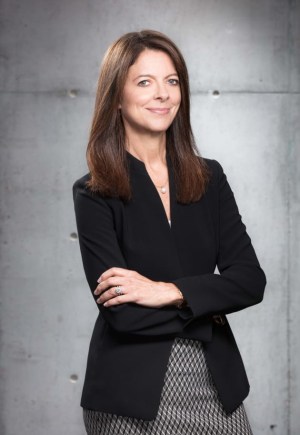 Nova Entertainment has upped its focus on podcasting by becoming the exclusive sales house for all podcast inventory hosted on Acast in Australia.

Swedish-founded podcast hosting platform Acast, which runs content from major publishers such as The Guardian and The Financial Times, inked a deal with Nova in February that saw the radio network's own podcasts sit on the Acast platform. At the time Nova Entertainment CEO Cathy O'Connor (AdNews Power 50 entrant) said the partnership demonstrates Nova is more than just radio stations.

Today's new move means Nova is now taking on responsibility of monetising a huge chunk of audio content within the Australian market, not just its own. It says it has more than 2,000 podcast shows on both platforms and in excess of 3.5 million monthly listens locally.

Nova Entertainment and Acast say they are now the biggest podcast player in the Australian market due to their combined inventory.

The news comes a week ahead of its rival, Southern Cross Austereo (SCA), hosting an official launch bash for its equivalent, PodcastOne. Australia Radio Network also plays in the podcast arena, with its podcasts hosted on its I Heart Radio app.

Also, showing the podcast craze is well and truly in full swing, today the ABC revealed a  $1million boost to the corporation’s podcast production aimed at supporting emerging community-based podcasters and extending the range and diversity of content. Overseas WPP has also just invested in podcasting company Gimlet in the US.

O'Connor said the initial tie-up with Acast earlier this year not only gave Nova better access to success and audience metrics, but also allowed it to improve its advertising offerings associated with podcasts. It's the success off the back of this, and the network's 50% year-on-year growth in podcast downloads, that paved the way for the deeper podcast push.

“We've always had our eye on the whole audio audience,” O'Connor tells AdNews.

“Until now marketers have not had the best opportunity when it comes to being able to access the audio market easily.”

Acast’s Australian country manager and former Spotify exec, Henrik Isaksson, says it's not just about selling pre-roll, mid-roll and post-roll ad spots, they can create whole 'native' shows from scratch, working with a brand or a relevant sponsor.

“Advertising opportunities for podcasts have been basic, with simple top and tail sponsorships, but now with better access to analytics podcast opportunities are opening up, Isaksson says.

“It's no longer just about having a big one show sponsor only, which while good, it isn't new. It's about dynamic ad insertion, working with a brand and creating branded content and more unique content.”

Ads don't need to be baked in

Isaksson says the ads don't need to be "baked" into the podcast but instead, can be inserted after with 'ad markers'. This more fluid method permits more real time ads and means ads can be swapped in and out depending on how timely a certain ad is.

O'Connor said original productions in non-radio categories are also securing strong number, with Modern Babies, its first tailormade podcast for Genea, being the first of its kind and will launch a second season in mid-September. Modern Babies takes a close look at fertility and the IVF industry and was also shortlisted for an industry commercial podcast award.

Who does what in podcasting?

SCA has about 22 Australian podcast shows by varying hosts, such as Australian author Rosie Waterland. It also has a similar amount of US podcasts on its platform, but would not be drawn on any other figures at this stage.

Showing that podcasts are on more than just Nova's agenda, the director of ABC Radio Michael Mason today announced a $1milllion boost to the corporation’s podcast production aimed at supporting emerging community-based podcasters. The Podcast Fund was launched at the opening of the second annual podcasting conference OzPod 2017 this morning, hosted by the ABC and held at its Ultimo headquarters in Sydney.

Mason says the fund has been established to focus on smaller, existing community-based podcasts as well as up-and-coming podcasters with a view to giving them a larger platform and audience base.
“The fund will also be used to commission podcasts around specific communities and their interests across a wide range of activities including sport, culture, lifestyle, comedy and the arts,” Mason says.

The new fund will be run by ABC Audio Studios which was established in July this year bringing together the corporation’s podcast production teams as well as its long-form radio production teams.